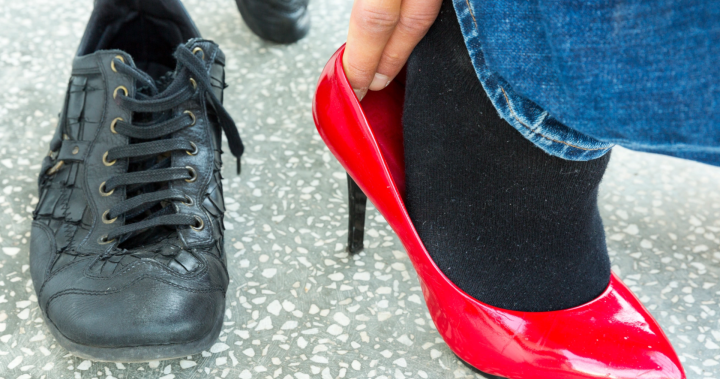 YWCA of Hamilton’s ‘Walk A Mile In Their Shoes’ fundraiser reaches $150,000 goal – Hamilton

A YWCA Hamilton executive says one of their biggest fundraisers to help victims of abuse is on track to hit its $150,000 goal.

Director of Philanthropy and Communications Sarah Ernest says the nonprofit is about 80% away from its goal for the Walk A Mile In Their Shoes event scheduled for Wednesday.

Over 50 teams and 262 walkers will participate to support life-changing and life-saving supports for women, girls and gender-diverse people struggling with violent environments.

“So we really encourage people, if you can donate online, you can actually choose to support the event in general, or you can choose a walker or a team that you want to support,” said Ernest. Good Morning Hamilton from 900 CHML.

The story continues under the ad

The current incarnation now calls any pair of red shoes a symbol of strength and togetherness when marching alongside survivors.

Phoenix Place in Hamilton is an example of an outlet that is benefiting from the march, enabling it to provide second-stage housing to women and children fleeing gender-based violence.

2:35
Priceless footage: What the Queen’s passing means for money across the Commonwealth

The story continues under the ad

“We have a number of families there and they receive not just housing but a whole range of supports and services, advice and safety planning,” Ernest explained.

“You know, the things they need to help them get back on their feet.”

The YWCA’s Transitional Living program at its MacNab Street location also receives fundraising assistance which provides safety, support and housing for 65 women within the residence.

Teams will gather in the forecourt of Hamilton City Hall on Wednesday morning with the march between 11 a.m. and 1 p.m.

“Female protagonists are not just supports or props,” Shefali Shah said in a special chat with NDTV