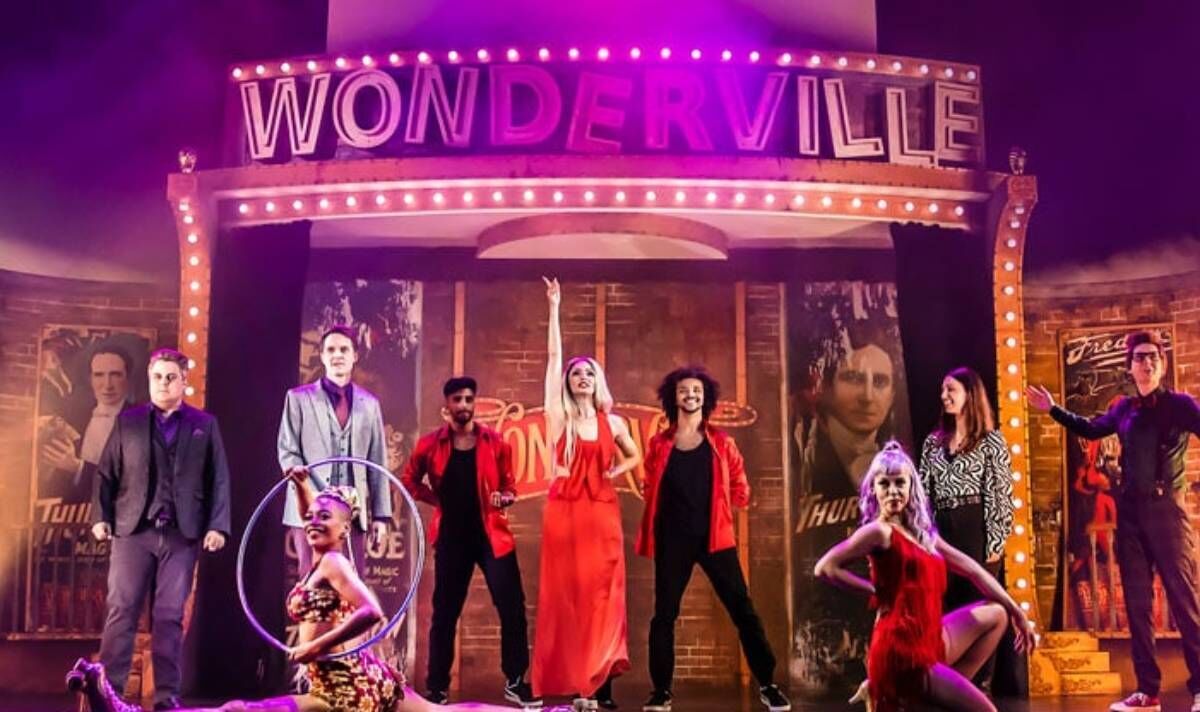 Given the random selection of artists, this is a lottery for viewers on any given night. The key to success is the choice of MC, and I was lucky enough to have the big-voiced, glittery diva Miss Chastity Belt leading the show with audience banter running along the edges of the camp repartee and slight insults.

Her renditions of London Calling, Diamonds Are a Girl’s Best Friend and Life on Mars? rock the joint to its foundations. Weaving between tables like a sequin ship negotiating narrow straits, she elevates the slightly tacky middle with affectionate hyperbole.

The acts are varied – Amazi Olayiwola is a hot and sexy usher, her lithe body undulates like a belly dancer as hoops spin around her belly, limbs and neck.

Harry Potter lookalike Harry De Cruz is a handy magician, illustrating the difference between magic tricks and party tricks through a fun flame-throwing trick with a straw and a mouthful of cocoa powder and a chute of piece length involving a metal tape measure and a Malteser.

Marc Oberon is the best magician, even if he suffers from having the scariest character on stage.

Most enjoyable was the sleazyly carefree Snookie Mono, whose sword-swallowing act is a brilliant combination of cartoonish savvy and carnival artistry.

The music is loud, the atmosphere just the right side of junk, and the cocktail of magic, burlesque and circus feels like a Las Vegas basement revue.

I rather enjoyed it.