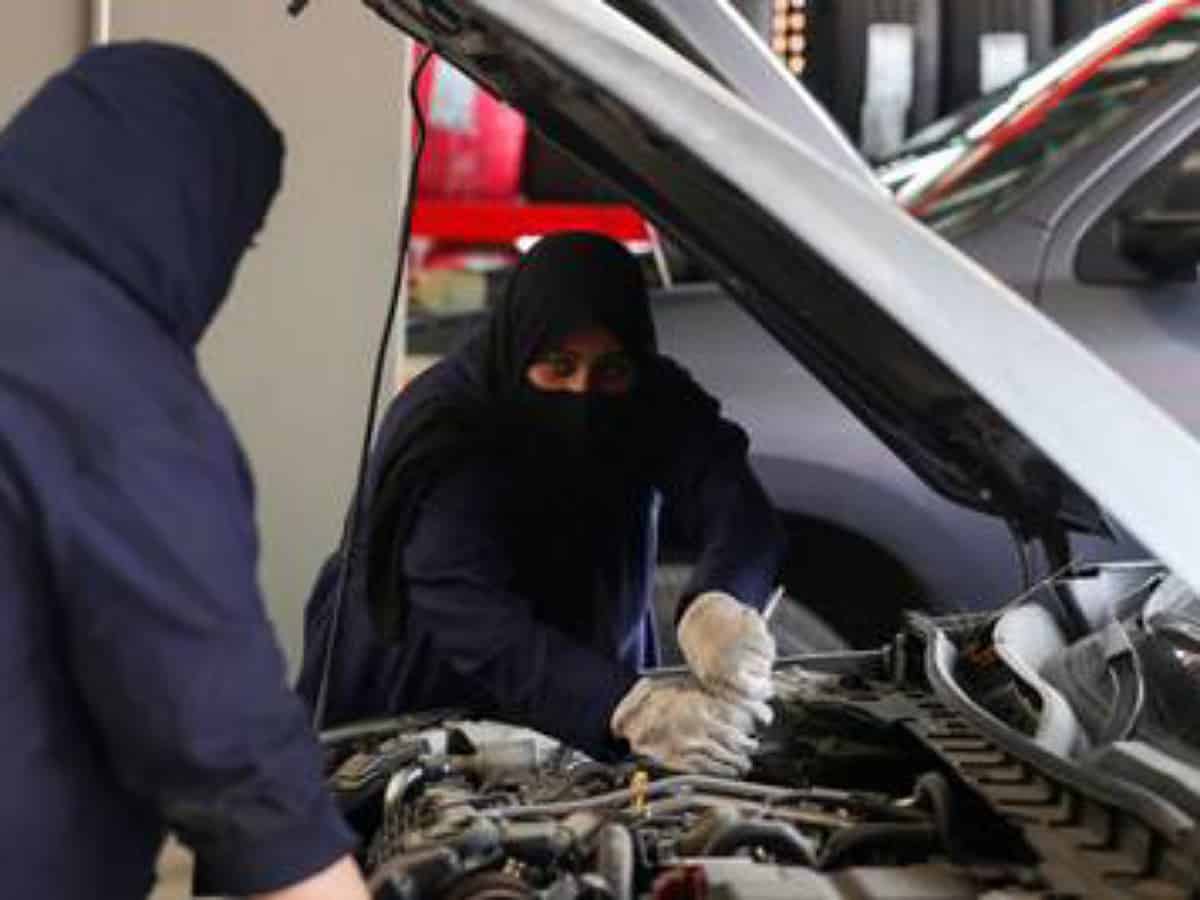 Women are now stepping into the shoes of car mechanics

Riyadh: Saudi women have embarked on a new profession that was previously the preserve of men. Women in Saudi Arabia have now taken the place of car mechanics.

According to a report by Agence France-Presse published on Friday, the Petromin Express workshop, located on the Red Sea coast in western Saudi Arabia, has decided to implement the trend in which the government is pushing , in terms of opening up the fields of work for men and women in different sectors.

The director of the center, Ibrahim Al-Zubaidi, explained that the experiment was successful after the training of the girls, as the results were better than expected, expressing his hope to open more centers after the success of this experiment.

Women mechanics encountered difficulties when entering the male-dominated world – and even more so in the conservative Muslim kingdom.

The mechanics recount the first months of work which aroused mistrust and anxiety in them, while they were sometimes mistreated by certain customers.

One of the workers, Ghada Ahmed, said: “I suffered at the beginning and I came home sad and my hands were swollen and I was crying saying that this job was not for me. It seems that what they (men) say is true.

According to AFP, Ola Flimban, a 44-year-old mother of four, said she heard about the job on social media and immediately asked her husband if she could apply for the job. He agreed and helped her prepare for the interview by teaching her the names of different car parts.

The promotion of women’s rights is among the most salient points of Vision 2030, launched by Crown Prince Mohammed bin Salman, which aims to diversify the economy and change the image of extremism that prevails in the world.

In recent years, the kingdom has reduced guardianship rules that give men power over the women in their families.