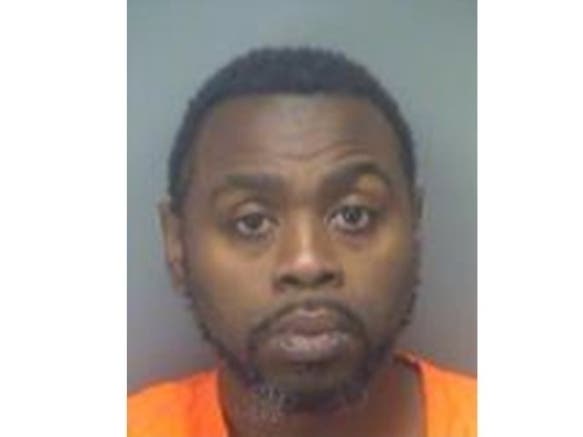 PINELLAS PARK, FL – Police have arrested a Pinellas Park man accused of stabbing a woman to death and attempting to suffocate a 4-month-old baby with a trash bag.

Around 1 p.m. Friday, police were called to the Clear Harbor Apartments at 11260 US 19 N., Pinellas Park after a resident saw a man in the apartment complex’s breezeway covered in blood.

When the police arrived there was visible blood and a chemical smell coming from inside one of the apartments.

Inside the apartment, police found Chrystal Williams, 32, with multiple stab wounds and a 4-month-old baby girl with a bin bag over her head.

The Williamses and the baby were taken to the hospital where Williams died, but the baby survived.

Inside the apartment, officers were overwhelmed by the chemical smell and contacted the Pinellas Park Fire Department hazmat team.

The building was evacuated while firefighters ventilated the building. In the aftermath, a police officer and a firefighter were overwhelmed after inhaling the unknown chemical and were taken to hospital. They have since been released.

The investigation led detectives to Keyuhn Chambers, 41, the husband of Chrystal Williams. The couple live in the apartment. The baby belonged to Williams’ friend.

Chambers fled the scene before police arrived, but was found and taken into police custody.

The Hazardous Materials team cleared residents to return to the apartment complex after determining there were no longer safety concerns.

To request removal of your name from an arrest report, submit these required elements for [email protected]