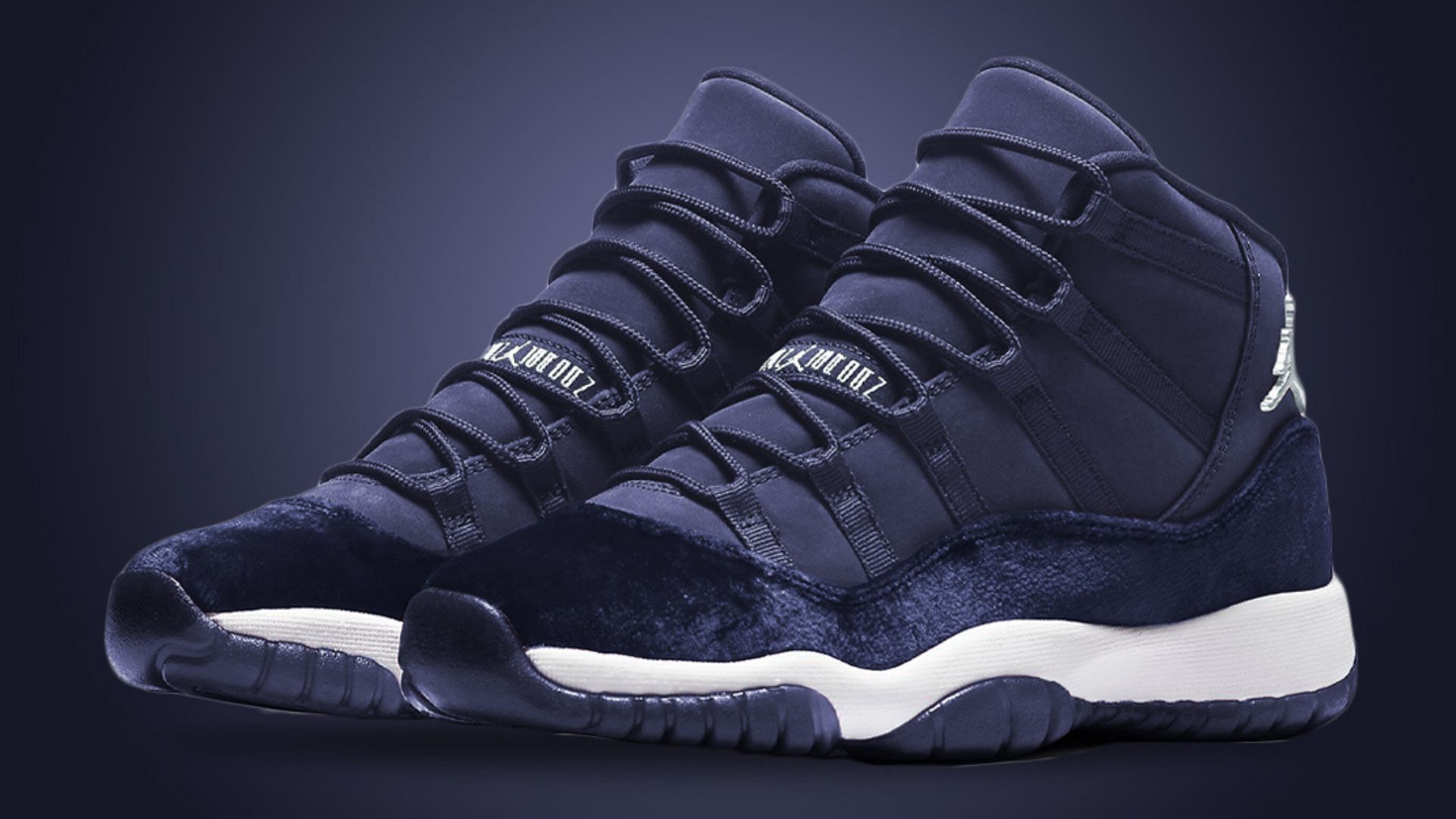 Michael Jordan’s brand has launched several women’s pairs in the past few months. Now the Air Jordan 11 Retro “Midnight Navy” variant is added to the roster. The new design will feature an ideal balance of velvet and premium nubuck on the upper.

The women’s exclusive “Midnight Navy” colorway of the Air Jordan 11 is set to hit shelves November 25, 2022. These navy sneakers will be priced at $225 for each pair. If you want to buy them, visit Nike’s online location alongside other partner retailers.

The Jordan brand regularly releases exclusive hues of its widely acclaimed silhouettes. It dates back to the early 2000s when three Air Jordan 11 Retro Lows for women and one for girls were released. Since then, the practice has become popular, with a steady stream of women’s Air Jordan exclusives released throughout the year.

The flagship Swoosh label usually gives us its new Air Jordan 11 variants around the holiday season. The brand has made a few changes in recent years, including a pair for men and a pair for women in the fall sneaker collection.

Since we’ll be getting the highly anticipated “Cherry” colorway of the AJ11 in December, the brand will also release a new “Midnight Navy” iteration a month earlier in November.

The velor mudguard will match the height of the Air Jordan 11 Retro “Animal Instinct”, releasing in 2021. For added detail, the upper is accented with Metallic Silver embellishments in place of Metallic Gold.

The tongues are also crafted from similar navy nubuck elements topped with complementary lace loops. Eyelets are also made in blue tones.

The aforementioned silver accents appear on the rear heel counters, wrapped half and half in nubuck and velvet fabrics. The nubuck upper area of ​​the heels features the NBA legend’s “23” jersey number along with the Jumpman logo sitting alongside.

Apart from the outer appearance, the insole is made from navy-colored textiles. The white midsole is then complemented by the icy blue outsole to form the sole unit.

Mark your calendars for the upcoming WMNS Air Jordan 11 Retro Midnight Navy, which goes on sale in November this year. The original release date was November 11, which is now pushed back to November 25.

It will be available online and in-store at Nike and select Jordan Brand retailers around the world. Retail price for women’s sizes will be $225.

You can keep up to date with the upcoming design by signing up on the official Nike website.