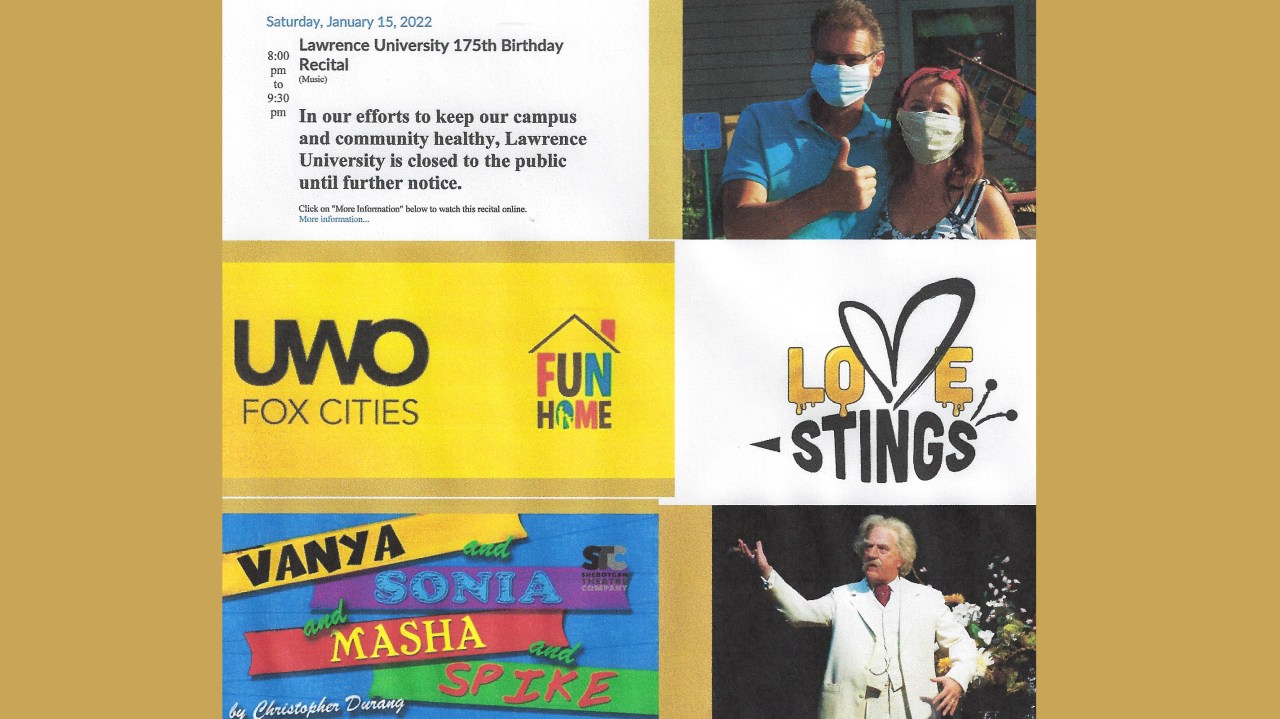 Something interesting to keep appearing

by: Warren Gerds, Contact me at [email protected] Watch for my Critic at Large editions live every Sunday when airing from 5:30 a.m. to 7 a.m. on WFRV-TV, Channel 5.

GREEN BAY, Wis. (WFRV) – The performance scene in Northeast Wisconsin is always interesting because it is so rich.

Here’s a look at what to expect – a mixed bag.

Lawrence University of Appleton still limits the public to campus attendance for a while.

In non-COVID-19 news, the couple behind Rogue Theater in Sturgeon Bay (Stuart Champeau and Lola DeVillers) paved the way for building a community theater from scratch.

At Tisch Mills, the 10-stage production season includes the introduction of the great musical “Cabaret” to the cozy Forst Inn stage.

Birder Players in De Pere will star Parker Drew in the charming musical “The Drowsy Chaperone” just before moving on to his engaging version of “Mark Twain Revisited” at the Ashwaubenon Performing Arts Center.

After years of delay, Oconto is ready for a presentation of the profound “Anne Frank’s Diary” presented by The Machickanee Players.

The University of Wisconsin-Oshkosh Theater will feature Henrietta Leavitt, an amazing astronomer with Wisconsin roots, in the wonderful “Silent Sky”.

The Forst Inn Arts Collective at Tisch Mills AND Sheboygan Theater Company will trigger surprises in the sometimes wild “Vanya and Sonia and Masha and Spike,” which contains a message.

The Northern Sky Theater in Door County will present two world premieres, “Love Stings,” on a bee farm, and “Sunflowered,” on six women on a camping adventure.

In Green Bay, the Play-by-Play Theater will revert to its “Theater in the Park” format with William Shakespeare’s “Much Ado About Nothing”.

I’ll be keeping track of a lot of fuss about something in my daily columns at wearegreenbay.com, click community, click general review.

Woman reveals how to avoid makeup stains on her clothes