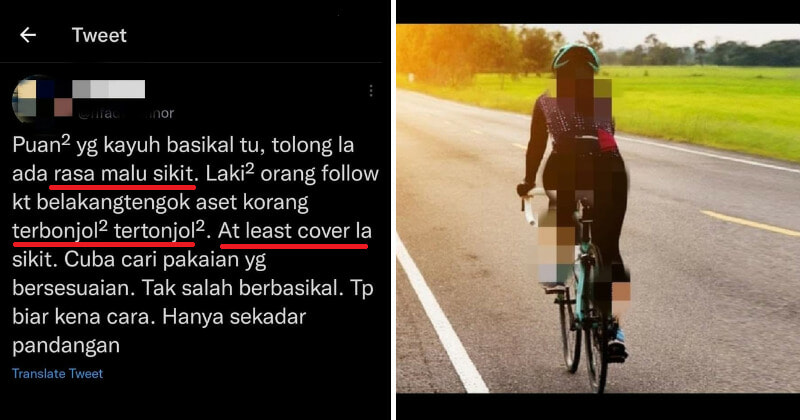 “Female cyclists, please feel a little ashamed. Male cyclists riding behind you can see your ‘STRENGTHS’ sticking out. Cover up at least lah a bit. What if you try to find more appropriate clothing “It’s not bad to ride a bike. But do it the right way. That’s just my opinion.”

The tweet then made the rounds on social media where it predictably caused a furor online as netizens were stunned by the suggestion.

“Adoi… Even looking at sportswear can make (one) excited. I can not believe it ! a user joked with humor.

In Islam, the Quran commands Muslim women and men to dress modestly, where Muslim girls and women wear hijab or tudung to maintain modesty and privacy from unrelated men. Male netizens came to the rescue and reminded that men also need to cover their “aurat” to preserve their modesty and that there are double standards. 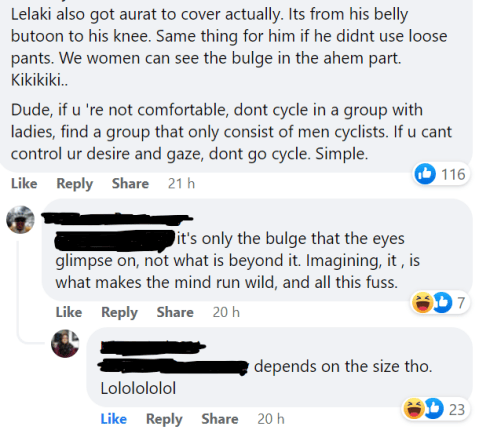 Several Malaysians also agreed that the problem was not necessarily with women but with the man, who should instead look away and be a gentleman in his ways.

Some jokingly wanted to see what a more “appropriate” cycling outfit would look like for female cyclists, and that’s how it would have turned out if the author’s suggestion had been brazenly implemented! 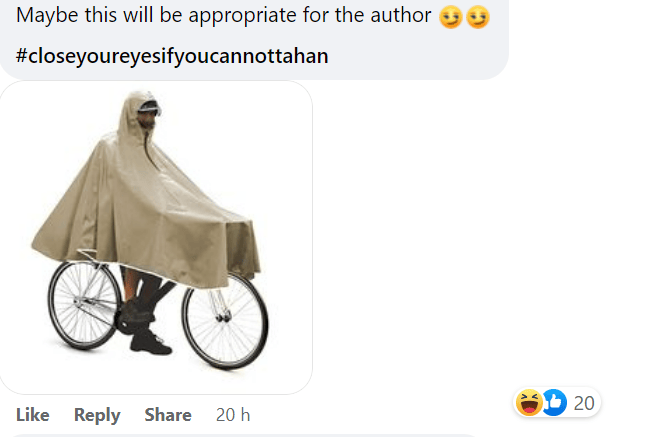 Some kindly advised what Muslim women should probably wear instead

In all seriousness, there is actually a slightly more appropriate women’s cycling outfit, as one user shares: 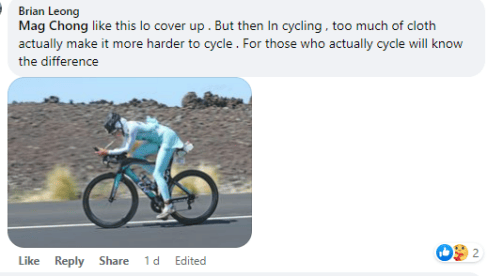 Here is a clearer view of the photo: 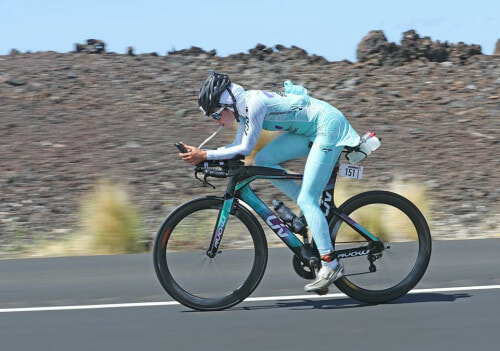 However, some netizens also agreed with the original poster that in Islam, tight-fitting clothes are not meant to be worn and all Muslims are expected to observe their modesty, which has its purpose. . 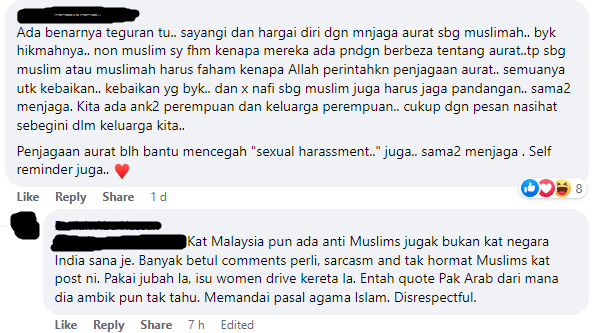 What do you think? Is it asking too much of female cyclists to dress in more “appropriate” sportswear? Let us know in the comments below! 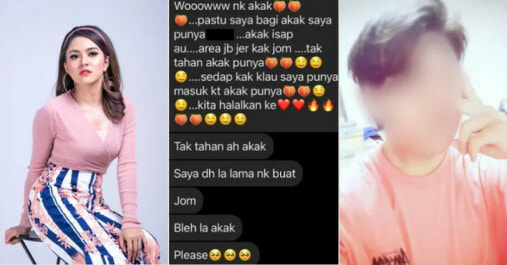