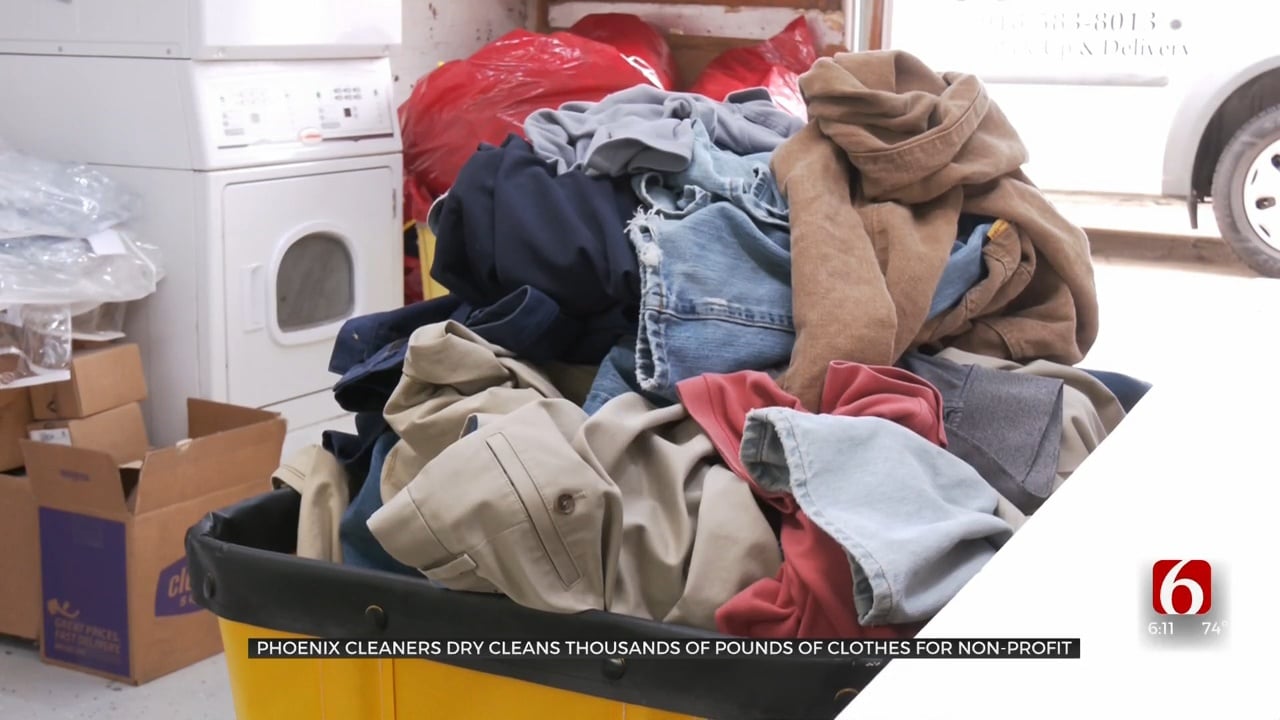 A Tulsa nonprofit that distributes food, clothing and medical supplies recently found mold in its building in rooms where clothing is stored.

But a Tulsa dry cleaning service is stepping up and cleaning all the clothes that can be kept for free.

Inside the Christ for Humanity building near 15th and Sheridan, thousands of empty hangers sit on metal shelves, which were used to hold donated clothes.

“One of our volunteers from the women’s clothing pantry came over and said, ‘I hate to tell you this, but there’s a little problem,'” said Coy Hays, COO and volunteer. .

Hays said he tried to save money this summer by turning up the air conditioning temperature when no one was around.

He thinks that, combined with the carpeting on the walls, is why a sanitation service is needed now.

“Due to not running the air conditioner enough, the moisture in the air started to condense and started to grow green mold,” he said.

About two-thirds of the clothes they had stored had to be thrown away. The others are in downtown Phoenix Cleaners.

Robinson said it was a job that would typically cost around $2,000. But he and his team clean everything for free.

“I don’t know, it makes me happy,” he said. “So when I got the call, I knew they had no chance of finding someone to do it on that scale. We had the ability, and I knew that.”

“It’s a real blessing for us and it will be for people who need clothes,” Hays said.

Christ for Humanity volunteers had considered doing all the laundry themselves at home.

Robinson estimated that this amount of laundry would have taken about 16 days (at 8 hours a day), so the group really needed help.

All that laundry should be done by Tuesday.

Robinson said because the clothes were exposed to mold, they will take extra steps to sanitize them.

“We’re going to use an enzymatic detergent. We’re actually going to heat it up, a higher temperature than what we normally would. And then we’re going to dry it on a high heat and I also have an additive that we’re going to put in with the washing that kills bacteria.”

Christ for Humanity said if anyone wants help with donations, please wait about a week before bringing it and try to call ahead to make sure volunteers are available.

Robinson said they were looking for men’s and women’s clothing of all sizes, coats, blankets, pillows and towels.