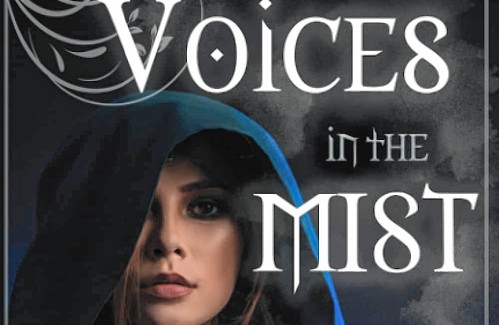 The Recorder – Book Bag: ‘Voices in the Mist’ by Susanne Dunlap; ‘Maasai: A Novel of Love, War, and Witchcraft in 19th Century East Africa’ by Elliot Fratkin

Voices in the mist
by Susanne Dunlap;
Bellastoria press

Northampton author Susanne Dunlap specializes in historical fiction, primarily for young adult readers, and her novels have used a range of contexts: the world of classical music in 18th century Europe, the War of Crimea and Tsarist Russia in World War I. More recently she investigated medieval France in a pair of related novels, “Listen to the Wind” and “The Spirit of Fire”.

These two books are part of a trilogy, “Les orphelins de Tolosa”, which explores the beginning of the 13th century in what is now southwestern France, but was then a largely independent land known as of Languedoc (also called the Midi), where the most common language was Occitan, somewhat related to Catalan.

Languedoc was also the homeland of the Cathars, unorthodox Christians who were attacked as heretics by the forces of the Catholic Church and France, in a campaign known as the Crusades against the Albigenses, because they had different beliefs about God.

“Listen to the Wind” and “The Spirit of Fire” retrace the adventures of Azalaïs and Azemar, two young children who in 1235 were hidden in a forest by their parents for reasons they did not understand. The two separate but reunite later in their teens, after Azalaïs becomes engaged to a brutal nobleman and Azemar, a knight in training, helps him escape. The friends take part in a fateful siege in a castle where the Cathar forces make one last fight against a French army which has sworn to destroy the heretics.

With “Voices in the Mist”, his latest book, Dunlap ends his trilogy. The new volume, however, is a prequel, starting in 1229 in Tolosa (the old name of the French city of Toulouse). It is narrated by Bruna de Gansard, the older sister of Azalaïs. Bruna is a 15-year-old Cathar girl who discovers that the “inquisitors” (Catholic bishops and priests) and the French knights have arrived in Tolosa; they plan to root out unbelievers by interviewing every adult and every young person, including girls over 12.

At one point, one of the women around the barone wraps a crucifix around Bruna’s neck, causing her to lash out inwardly: Shame has engulfed me.

It’s a theme that Dunlap explores in the first two volumes of the trilogy, in which teenage Azalaïs also had to come to terms with false identities in order to survive, at one point posing as the daughter of a nobleman. She is married to Baron de Belascon, whose wicked and Cathar-hating mother continually mistrusts her.

It is Bruna’s luck that the Barona de Belascon is the one who leads the pilgrimage to Compostela, thus binding the two sisters to the same wicked woman. Additionally, Bruna’s beauty and lovely voice caught the attention of Baron de Belascon – the same uncompromising man who would later marry teenager Azalaïs as he sought to produce a male heir.

Like the first two volumes of the trilogy, “Voices in the Mist” is mainly told from the point of view of a young narrator who bears witness to the sexual violence that women can suffer and the absolute obedience they must show to their children. husbands. Dunlap said she likes to use female storytellers because so much of a story is told from a male perspective.

“Voices in the Mist” can be read on its own, but readers of “Listen to the Wind” and “The Spirit of Fire” will also likely want to fill in the context of the two second volumes of the trilogy and take advantage of Dunlap’s descriptions. from a very different era and way of life in a rugged and unspoiled land of mountains, forests, rivers and above all small villages.

Elliot Fratkin, Emeritus Professor of African Studies and Anthropology at Smith College, has spent years studying nomadic peoples in various countries, particularly the Maasai, cattle ranchers in Kenya and northern Tanzania. In addition to teaching in Eritrea and Ethiopia, he also visited pastoral peoples in Mongolia, Botswana, Ethiopia and Mali.

Now, Fratkin has turned his interest and knowledge of the region into a novel, “Maasai: A Novel of Love, War, and Witchcraft in 19th Century East Africa”. It is based on actual events from that period, when widespread battles for grazing rights were fought between groups of pastoralists in the vast grasslands and hilly lands of Kenya and northern Tanzania, particularly in the valley. of the Great Rift in Kenya.

As Fratkin notes, the fiercest of these groups were the Laikipiak Maasai, who dominated the Great Rift Valley until their defeat in the 1870s. The novel focuses on two Maasai lovers, Maron and Endelepin, and their son Kitoip, as they battle war, smallpox epidemics, a scourge of slave traders – then the arrival of Europeans and the onset of colonialism.

It is a story filled with detailed descriptions of the daily life and customs of these pastoral peoples, from the foods they eat to the clothes they wear, and how warriors prepare for battle or the possibility of it. In one of the first scenes, a small group of Maasai, protecting their herd, draw blood from one of their oxen by shooting an arrow at it; they mix it with the milk of their cows, then take turns drawing in a bucket.

“It wasn’t enough food for everyone, but it would have to be,” writes Fratkin.

Steve Pfarrer can be reached at [email protected]