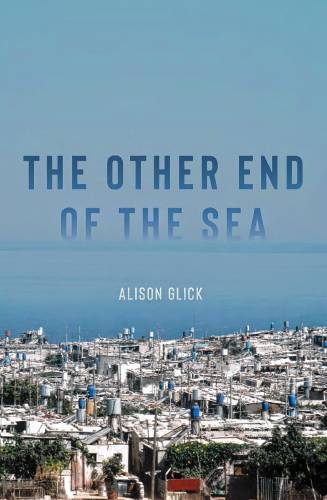 “The Other End of the Sea” by Alison Glick; “Hector Fox and the Raven’s Revenge” by Astrid Sheckels

The other end of the sea

There’s a line about a third of Alison Glick’s novel “The Other End of the Sea” that pretty much sums up the theme of the book – or the most important part of it: “I started to realize that my life with Zayn would be life without Zayn.

Glick, a Jewish-American woman in her twenties who lived in Israel and Syria for several years, based her novel on some of her experiences. The story’s first-person narrator, Becky Klein, arrived in Israel in the 1980s and lived for a time on a kibbutz before returning to the country a few years later as a teacher.

Becky soon begins to develop ties with Palestinians in the West Bank and Gaza, particularly with an activist named Zayn, who has already spent 15 years in Israeli prisons for his opposition to the government. He has an undeniable albeit unconventional charm, Becky thinks, but she also notices “the hint of sadness tucked into the lines that lined his eyes.”

It is the beginning of a romance between the two, which will culminate in a marriage which will in turn be defined by periods of separation and conflict. Zayn’s activism will send him into hiding in Gaza, then back to prison for several months, and finally into exile in Egypt, Tunisia, and then Syria.

“What would I do here without Zayn? Becky asks at one point. “I came to this land without knowing him, but he had become an anchor, an interlocutor, a translator of everything Gazan and more. Could I be here without him?

“The Other End of the Sea”, published by Northampton’s Interlink Books, also becomes a broader study of the Palestinian experience of exile and displacement – as well as what it is like to live under the guns of the Israeli army.

In an early scene from the First Intifada, the series of sustained Palestinian protests against Israel in the late 1980s, Becky and some American friends are walking down a quiet street in Ramallah, West Bank, when they are stopped by Israeli soldiers . . When it is discovered that they have literature and other documents favorable to the Palestinians, they are arrested and their passports confiscated.

One of Becky’s friends, John, demands that they be allowed to contact the US consulate and says “they have rights” as US citizens. “It’s not a democracy!” shouts the Commander in response.

Israeli soldiers also break into Becky’s apartment looking for Zayn, and on another occasion, Zayn limps home after being hit with the butt of an Israeli rifle, apparently because he didn’t. did not have his identity card with him.

The Palestinian-Israeli struggle and the cultural divide between Becky and Zayn create new difficulties for the couple, especially after having a daughter, Amira, and Becky decides to return to the United States with her.

Becky also tries to bring Zayn to America, an effort that fails when US authorities label his activism as terrorism, but which Becky and Zayn claim was simply his justified resistance to the Israeli occupation of Palestinian lands.

Presenting his book as a novel rather than a memoir allows Glick to lift a tense and often sad story with a little humor and vivid descriptions of the stark contrasts in the densely populated Gaza Strip, like a dusty construction site. which is next to a garden, a “green landscape”. and complex with fragrant basil bushes, simple earthy potatoes and showy lemon and almond trees.

Then there is the profile of her wedding day, in all its unconventionality: “My future husband, 35 and on the run from the Israeli army, was to marry me, a Jewish woman from the Midwest, in Gaza. , a day of strike, in full intifada, by a sheikh who arrived in an ambulance.

“It’s a love story with more than one twist,” the Jordan Times says of the novel, adding that “Glick’s thoughtful and sometimes wry tone prompts thought about the themes she raises… the struggle for justice at the perils and promise of linking the personal and the political.

Hector Fox and the Raven’s Revenge

Greenfield artist and children’s book author Astrid Sheckels brings a unique twist to her stories, using rich watercolors of anthropomorphic animals – a style she calls “a blend of classic realism and fantasy” – which have a range of adventures in their woodland home. Think of a more detailed version of EH Shepard’s illustrations for the original Winnie the Pooh stories and you wouldn’t be far off.

In his latest book, “Hector Fox and the Raven’s Revenge”, Sheckels continued a series of stories aimed at readers aged 3 to 7, centering on Hector Fox and his friends – a marten, a chipmunk, a rabbit and a skunk – and Hector’s cozy house in a hollow tree.

In the first book, “Hector Fox and the Giant Quest,” the Woodland Buddies travel to a mysterious swamp to check out rumors that a giant dwells there. In Sheckel’s new story, Hector & Co. receive a letter from three mice who live in a stone tower in another part of the forest. The news seems disturbing: the mice say they fear the “Crow’s Revenge”.

“We have to go investigate,” says Lucy Skunk, and so the five friends walk through the woods to the stone tower, where they see an ominous number of black birds flying around the top of the structure. Inside, the mice tell their visitors that years ago their great-grandfather refused entry to an old crow in the tower during a storm, and the bird warned that he would return and “take his revenge.”

“With a classic fairy tale feel, this is a suspenseful, well-paced picture book of friendship, bravery and acceptance,” Booklist writes of Seckel’s new story.