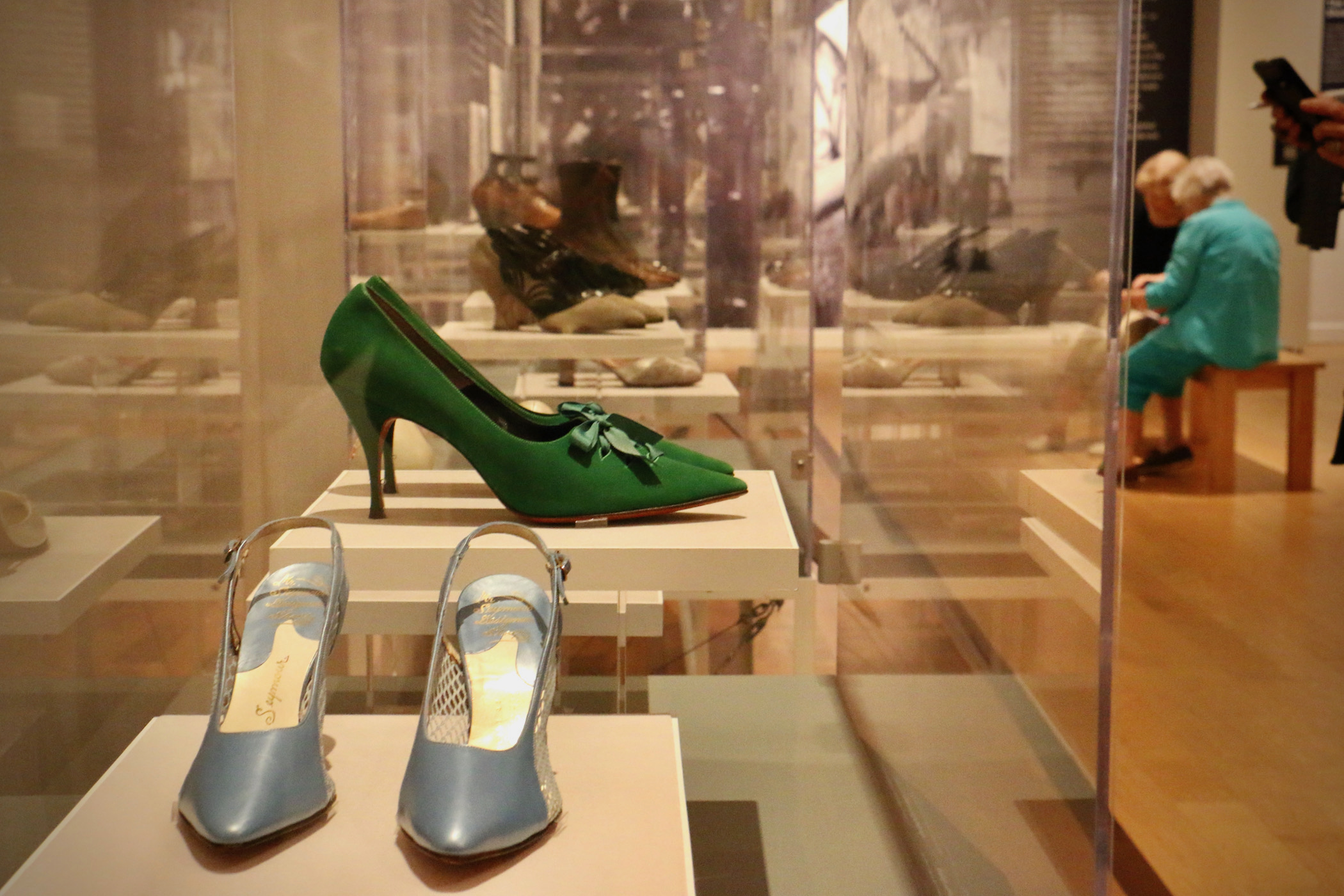 What can we learn about America by looking at our shoes?

The shoes come from the collection of Stuart Weitzman, the famous shoe designer who became a major philanthropist in Philadelphia. Three buildings bear his name: the National Museum of American Jewish History, the School of Design at the University of Pennsylvania, and the future annex of the Annenberg Center for Performing Arts at Penn.

Weitzman is based in Connecticut and an alumnus of Penn’s Wharton School of Business. “Walk This Way” was originally organized by the New-York Historical Society. This show at the Michener is in its second edition.

Weitzman started collecting decades ago at the request of his wife, Jane Gershon Weitzman, when she started gifting him some interesting shoes.

“What do you give a partner over time, you know?” said Igoe. “She decided that shoes, historic shoes, would be the way to go. She selected shoes that are either really unusual or exciting in their design.

The oldest pair of shoes dates from 1838, a pair of silk wedding slippers. Who made them and who married there is unknown. An attentive visitor may notice that there is no distinction between left and right. Both shoes in the pair have the exact same shape, disregarding the arch of the foot.

The most recent shoes include Weitzman’s ostentatious Million Dollar Shoes, a glamorous pair of high-heeled sandals set with 464 real diamonds, made for actress Laura Harring for the 2002 Oscars. Weitzman later created a version for the market detail set with crystals instead of diamonds, which Michener visitors will see.

Between these historical bookends reveal the development of American women’s footwear, which follows the evolution of the American woman, herself.

In the early 20th century, during a campaign for suffrage and the right to vote, the hems of skirts rose from the floor to above the ankle, making it easier both to walk down the street and, later, to dancing in clandestine bars. Shoes have become more visible and their style more important.