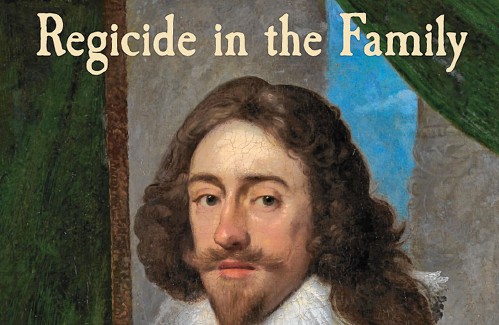 “Regicide in the Family” by Sarah Dixwell Brown; “What’s Left to Say” by Robert B. Shaw

Any number of families may have an outcast somewhere in their ranks, the proverbial black sheep of the family.

What if you had someone in your family tree who played a role in the beheading of King Charles I in 1649, the only English monarch ever sent to his death? How would that make you feel?

It’s a question Sarah Dixwell Brown grapples with in ‘Regicide in the Family,’ her vivid account of discovering that a distant ancestor, John Dixwell, was one of the 59 justices who signed the death warrant. of King Charles after the end of the English Civil War. , which had pitted the forces of the king against those of Parliament.

Brown, a former writing professor at Mount Holyoke College, the University of Massachusetts Amherst and other schools, came across this family connection in 1980 while a graduate student spending time in England. But it wasn’t until decades later that she began serious research to find out more about the man she calls her “seven-year-old great-grandparent.”

Along the way, Brown of Amherst discovered that John Dixwell had joined two other regicides, Edward Whalley and William Goffe, who had been hiding in the colonial settlement of Hadley for a time when the three men were forced to flee England to 1660 after the restoration of the monarchy under Charles. ‘ son, Charles II.

His interest was also cemented when his late father presented him with a rusty iron key dating back centuries. The key was to a historic castle/fortification in Dover, England, where John Dixwell had served as Governor before fleeing the country. He took the key with him, and it had been passed down to generations of his descendants in America, including Brown’s father.

Yet her father, Preston, a taciturn Massachusetts doctor, seemed almost embarrassed by this heritage and confessed to knowing nothing of the story, Brown says, causing her to reflect on her own conflicting impressions of her ancestor.

“I had been groomed by my father to be a law-abiding citizen,” she wrote. But John Dixwell, she notes, had ‘fluffed the law of the land’ so much that he was forced to flee his country, despite his own parents at the time largely disowning him, wiping him out of family records. . “How should I feel for him?”

To sort out these issues, Brown became determined to find out all she could about Dixwell’s life. A few years before the pandemic, she organized interviews with several historians, writers and archivists in England, then went there, not without concern: she feared that the English, who still revere their monarchs, would not see her link through. with John Dixwell. and reject his project.

Yet, in one amusing scene, while having breakfast in a London inn, an Englishwoman at her table asks her what she is doing in the city. When Brown hesitantly tells her about the regicide in her family tree, the woman berates her, “Don’t be embarrassed! … There was another Charles. It wasn’t the end of the world. »

Brown’s journey across England in search of Dixwell’s past makes for a gripping travelogue, as she travels to a town near Newcastle in northern England where her father, Edward, was a vicar and where John Dixwell was born in 1613. She explores Lincoln’s Inn, a historic training center in London for lawyers that dates to the 13th century; Dixwell spent seven years studying law there.

Brown also visits a nearly 600-year-old classroom at Eton College, with worn wooden desks scarred by students over the centuries, where Edward studied in the late 1500s; later, she shows her old iron key to some genuinely impressed archivists at Dover Castle.

Although born of modest means, Dixwell, through a series of unusual events, would eventually manage a huge private estate in Kent, south-east England. In addition to his work in law, he became a Member of Parliament, which in the early decades of the 1600s prompted a greater role in the government of England and viewed Charles I as an arrogant tyrant who had betrayed his people.

When Charles II restored the monarchy in 1660, many of the 59 judges and members of parliament who had signed his father’s death warrant were arrested and horribly publicly executed. Dixwell first fled to Germany, then came to New England in the mid-1660s, eventually settling in New Haven, Connecticut after spending a brief time in the small settlement of Hadley.

Brown tells some more interesting stories of his years in New Haven, where Dixwell adopted the name James Davids and lived a much more modest life, marrying in his sixties and starting a family; he died in 1689 (a small monument in the town commemorates his life). Additionally, the author offers sketches of his other ancestors in Dixwell’s line, showing how some of them kept his memory alive.

In her extensive research through these family archives, Brown comes to admire her distant ancestor, who she believes opposed the divine right of kings and queens and envisioned a more representative form of government for England – ideas who came to animate the American Revolution a century later.

His decision to sign Charles I’s death warrant cost Dixwell “his career, his home, his style of life and almost all of his original family, but I don’t think he regretted it”, she writes. “He died knowing he had clung to his ideals and would never give up hope.”

Sarah Dixwell Brown will read and discuss ‘Regicide in the Family’ in the Hadley Public Library Community Room on Saturday, June 18 at 11:00 a.m.

by Robert B. Shaw; Pinyon Edition

Poet Robert B. Shaw, Emeritus Professor of English at Mount Holyoke College, is, in the words of one reviewer, “one of those poets who is deep without sounding so… [his] observational verse progresses by accumulation of detail or plot and aims to unify meaning and music.

Shaw’s latest collection, “What Remains to Be Said,” is a voluminous 300-page volume that includes new poems as well as selected works from older volumes, dating to the late 1970s (and in the case of a poem, from the 1960s). These mostly free verse poems cover a wide range of topics and also examine the span of the poet’s life, which includes his studies at Harvard University with Robert Lowell.

His voice is engaging, sometimes ironic and frank and sometimes more satirical and critical. Among his new works is “March 20”, which begins with a wonderful image of the erratic weather at this time of year: “Two sumo wrestlers in a ring – / Winter is one, the other, spring – / fight their semiannual fight, / strive to repel each other.”

Another new book, “After the Latest Mass Shooting,” seems sadly timely right now, and with its singsong rhymes, it sums up the endless cycles of gun violence and political paralysis better than any editorial. in the USA : “The motto has changed: live free and die. / We have no time to wonder why, / for each fresh fit of rabid rage / brings the politicians on stage / to fill a slot in the news of the day / by flattering their threadbare opinions.

Fellow poet Mark Jarman, reflecting on “What’s Left to Say,” says he’s admired Shaw’s work for decades and considers “this volume, a collection of poems from the 1970s to the present, as a reading essential for anyone interested in contemporary American poetry”. .”

Renting our clothes is a great return for the planet