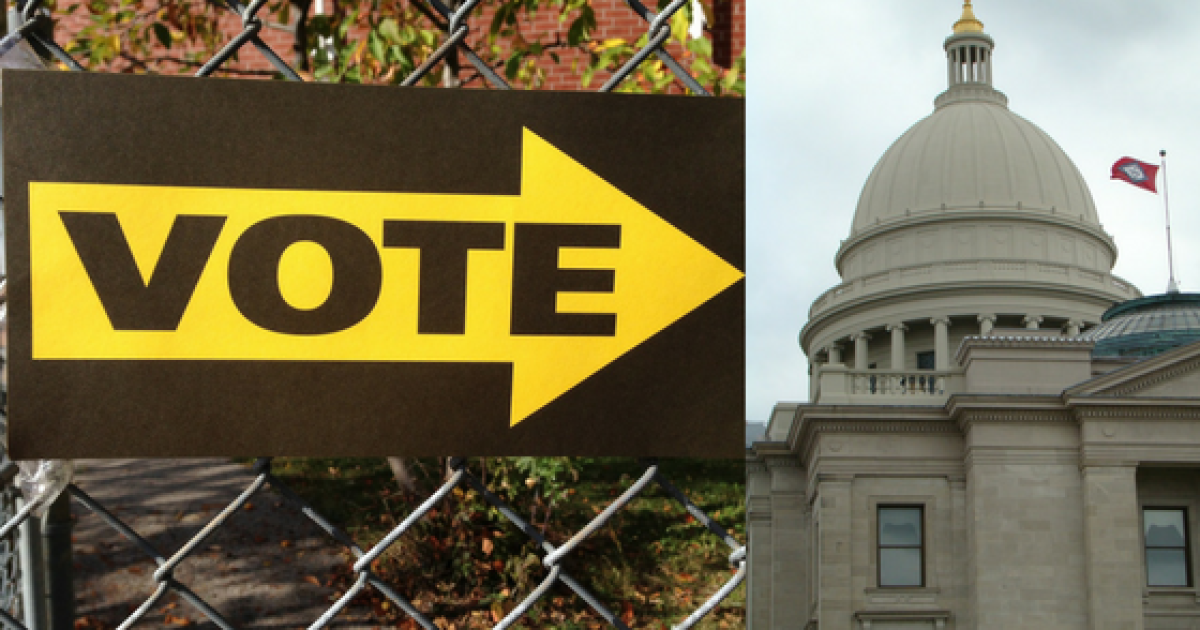 A new Talk Business & Politics-Hendrix College poll shows about a quarter of voters are still undecided on three proposed amendments to consider this fall.

In the latest survey of 974 likely Arkansas voters, which was conducted October 17-18, 2022, Number 1 has an 11-point lead, Number 2 is tied, and Number 3 is slightly opposed by only three points.

Q. Question 2, “Constitutional Amendment and Ballot Initiative Reform Amendment,” would change the number of votes required for approval of Initiated Acts and Constitutional Amendments (both proposed by the people and returned by the legislature) with at least 60 percent of the votes cast. If the election were held today, would you vote for or against issue 2?

“Numbers 1, 2 and 3 could go either way with their results, although I predict number 1 is most likely to go,” said Roby Brock, editor of Talk Business & Politics.

ANALYSIS
Talk Business & Politics seeks bipartisan input in the construction and analysis of its polls.

Dr. Jay Barth, professor emeritus of politics at Hendrix College, is active in Democratic Party politics and helped craft and analyze the latest poll. He offered this analysis of the survey results:

“Of the three constitutional amendments offered to voters by the General Assembly, the main changes in the electorate since our survey in September have previously been undecided voters sorting themselves roughly according to general patterns. However, opposition to Question 1 that would allow the legislature to reconvene when supermajorities of bodies rose slightly more than support for the measure. None of the three has yet won majority support, although question 1 is within striking distance of majority support. The other two measures – although very narrowly divided in the electorate, but with significant undecided – seem longer at this stage of the race.

“In terms of voter subgroup support on all three measures, the trends remain quite similar to our September survey. On Number 1, Democrats remain opposed and college-educated voters slightly opposed the measure. On Question 2, which would raise the percentage of votes needed to pass constitutional amendments and initiated acts to 60% of the electorate, Democrats and Graduate Voters remain the most consistently opposed (although there was some reshuffling of voters by age bracket with younger voters now more favorable than older voters unlike the September survey). Finally, on Question 3 which would strengthen the state’s constitutional protections for religious liberty, Democratic voters and college-educated voters also remain the groups with a clear majority opposition.

Robert Coon, managing partner of Impact Management Group, which works with Republican political candidates, also helped develop and analyze the latest poll. He offered this analysis of the survey results:

“Support for number 1 has increased slightly (+3%) since September, while the opposition has increased further (+10%), reducing the margin to 10 percentage points in favor. 22% of voters are still undecided on the measure, down from 35%.Question 1 continues to receive more support from Republicans (54%) than Democrats (30%), with the biggest change coming from the latter group.In September, 24% of Democrats supported the question 1 while 35% opposed. Today, 30% of Democrats support it, while 48% oppose. Opposition rose slightly among Republicans and independents, contributing to the overall increase of the opposition.

“Voters remain roughly evenly split on Number 2, as they were in September, but the percentage undecided has fallen by 13 percentage points. Currently, 39% plan to vote in favor of the amendment while 38% plan to vote against. A majority of Republicans support Question 2 (53%) and a majority of Democrats oppose it (59%) – up from 46% in September. The independents are roughly shared (37%-40%) but backed. With 23% undecided on that metric ahead of Election Day, Number 2 is a toss-up with closing messages from both campaigns on the airwaves in recent weeks.

“Number 3 remains evenly split as it was in September, with the undecided down 8 percentage points. A quarter of likely voters are still undecided on how they will vote on the measure. A majority of Republicans now back Number 3 (51%), up from 43% previously. A majority of Democrats oppose it (58%), compared to 42% in September. Independents opposed No. 3 by 11 percentage points in September and oppose it by 10 percentage points today. A majority of voters with a university education oppose question 3 (51%) while a plurality of voters without a university education support it (40%). The gap between men and women has narrowed, with women opposing issue 3 (31% to 36%) and men (41% to 42%). »

Responses were collected by SMS over the phone. The poll is lightly weighted to account for key demographics including age, ethnicity, education and gender.