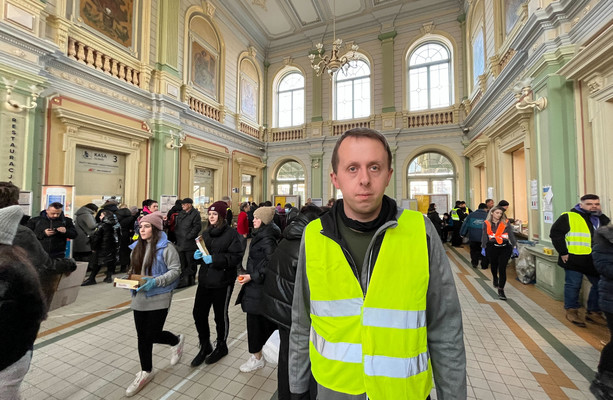 ‘People should stop sending us summer clothes. We need food and things for the babies’

Polish officials working on the frontline in the town of Przemysl have called on Irish aid efforts to communicate with them before sending shipments of goods that may not be needed.

They also said that large quantities of clothes shipped from Ireland are summer clothes, which are not suitable for the freezing conditions on the Polish-Ukrainian border where temperatures drop to minus five degrees Celsius at night.

the town hall of Przemysl leads the response to the Ukrainian refugee crisis with tens of thousands of Ukrainian citizens crossing the border to flee the fighting, either by road to the village of Mydecka or by train directly from Kyiv or Lviv.

The newspaper spoke with city hall official Kamil Krukiewicz, who explained how the city was coping with the largest movement of people from a war zone since World War II.

Kamil and his colleagues are coordinating the response and providing bedding, medical assistance, food and warmth to refugees as they cross the Polish border.

They also coordinate hundreds of volunteers who have flocked to the city to lend a hand.

One of the main problems they face is that the wrong aid is sent to Poland.

“Right now they can send us the most important things, but before they send them we would kindly ask them to contact us on our website,” Kamil said today.

“A lot of people have sent us things, we have a lot of things to help the refugees but we can’t use them.

“Like a lot of clothes are sent here but it’s not winter clothes – a lot of people send beach clothes, summer clothes. It’s not the time to wear these clothes, it’s too cold .

“We have cold days and we can’t use them for people.

“We say send the cold food, the food that will last the longest. And they have to organize the transport to places like Ireland, because we can organize the bus to Germany and other countries, but we don’t have transport to Ireland and other places from Western Europe like the UK,” Kamil said.

The head of the Przemysl town hall also explained that many small items are needed to help immediately.

“We need things for the babies: food, clothes, diapers. We also need hygienic products for women, and food that lasts.

“We need water in small bottles, not big bottles, because we can give them to the children and they can carry the bottles. And we need medical supplies,” he said.

Kamil said local authorities provide beds in several places in the city for arriving refugees – they spend no more than two nights in the city and then leave.

Many are quickly transferred to other parts of Poland and Europe.

“Many of the refugees who come here have family and friends in other parts of the world and they want to go where they are.

“Only one or two people have no place to go with family. At the moment here we have a good organization and we plan how we do it.

The local Tesco has been detached to be a hub for organizing logistics for the large number of refugees. To give an idea of ​​the scale, Kamil noted that even during the night, an average of 3,000 refugees cross the Polish border.

At the station, The newspaper met Dermot Douglas and Josephine Douglas who live near Frankfurt in Germany.

Dermot, from County Tyrone, traveled with his daughter Josephine with help.

They said they had handed over the aid to other aid workers heading to Ukraine and were now offering transport for refugees to Germany. 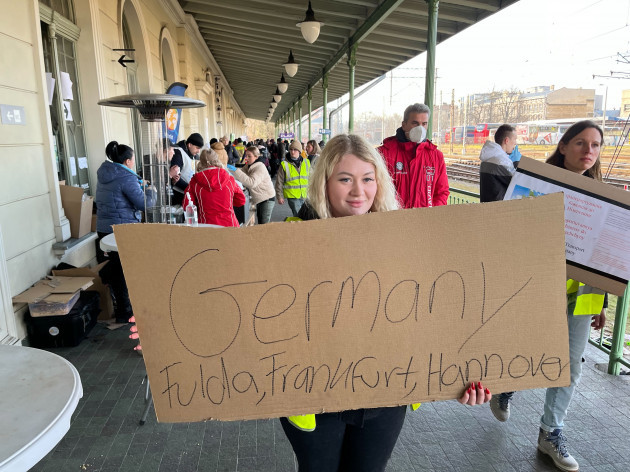 Josephine carried a large sign with Germany written in large letters and the names of the towns where they could bring refugees.

“We are here to help. We brought goods here, then we had a bus full of help, but to fill the buses again, we are bringing people back to Germany.

“We offer them free ski lifts and free accommodation for two to three days or more, depending on their situation.

“Most of them want to leave and go their own way. Our own take on this situation is that it’s scary to see people who aren’t poor and people like all of us here,” she said.

A number of transport ministers from European countries gathered at Przemysl station, where Poland’s Transport and Infrastructure Minister Andrzej Adamczyk said he would welcome Irish help. 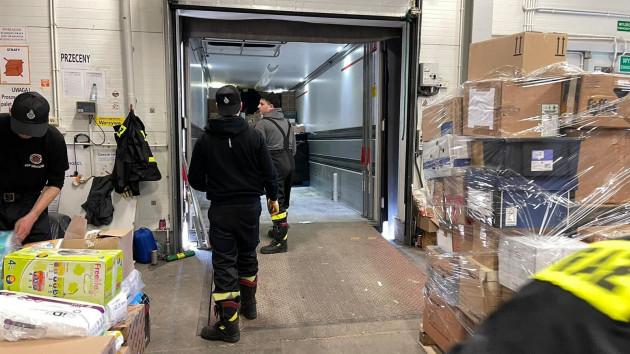 Irish aid is unloaded inside a former Tesco shopping center now converted into a logistics center for refugees.

The traffic was not one-way. For a second day in a row, huge German medical aid convoys crossed Ukraine – bound for Lviv.

Russian kidnappers put a bag over the head of the mayor of Melitopol, but they did not count on the mass demonstrations that followed