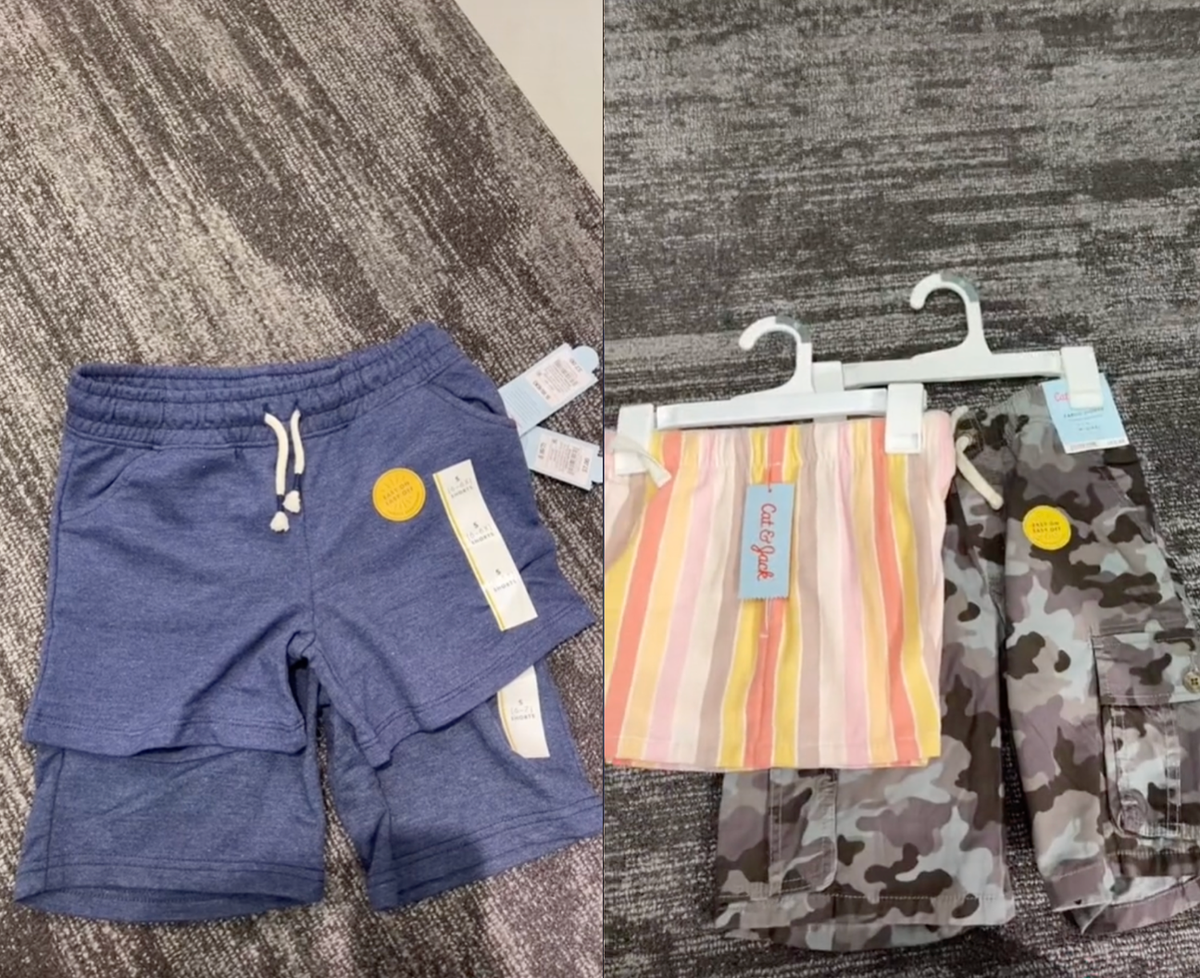 A mother called out Target for selling girls’ clothes that aren’t as durable, functional or inexpensive as the company’s boys’ clothes.

On TikTok, Meredith Alston, @naptown_thriftsreleased a series of videos documenting the differences between Target clothing for girls and boys.

In a clip, Alston noted that her daughter needed new clothes for school, and when she went to the girls’ section of Target, she found a pair of leggings. She then compared the leggings to some pants she found in the boys’ section.

However, she thinks the girls’ clothes are “airy” and “thin”, while the boys’ pants have an “adjustable drawstring” and “reinforced knees” inside. She also noticed that they weren’t “tight” and could be easily tightened, unlike the girl’s leggings.

In one follow-up video, Alston showed off a clothing exhibit at Target and began comparing the boys and girls sections. A pair of girls’ shorts could be seen above a longer pair for boys.

“Just look at the length,” she continued, referring to girls’ shorts. “The tiny little pockets, like girls don’t have shit they want to put in their pockets. Like they don’t collect things.

She noted how shorts were a problem as girls are often the ones who “get a dress code” or “say their shorts are too short”. She zoomed in on another pair of boys’ shorts, which had a lot more “extra fabric” and “pockets.”

“Don’t say I’m just digging for these comparisons, believe me, you don’t have to dig at all,” she concluded.

As of March 28, the video has over 1.9 million views, as one TikTok user wrote in the comments, “pink tax starts so soon.” The pink tax term refers to how products marketed to women are more expensive than those aimed at men, both of which have similar uses for each gender.

Many people agreed with Alston, pointing out how difficult it can be to find practical clothes for girls.

“Trying to find a full top for a girl,” one wrote. “Everything is cropped.”

“These pockets wouldn’t hold enough rocks or pine cones for my daughter,” another wrote.

Many people also said that some children’s clothing should be more gender neutral, calling out some of the language on a girl’s and boy’s shirt.

“I was FURIOUS at Target the other day too – tongue on the shirt girls vs boys ‘be nice’ vs ‘brave kid’ you can guess which gender,” one comment read.

“My pet peeve is messaging on shirts,” another agreed. “Girls get something like ‘be nice’ and boys ‘explore’. Guys can be sweet and girls can explore.

In a different clipAlston responded to some of the comments saying she should just buy her daughter clothes meant for boys, noting that was “not the point”.

“The problem is that clothes available for girls that are made and marketed for girls aren’t as durable, functional or practical as clothes for boys,” she explained. “The thing is, there should be more options for my daughter that aren’t just tight leggings.

The Independent has contacted Alston and Target for comment.