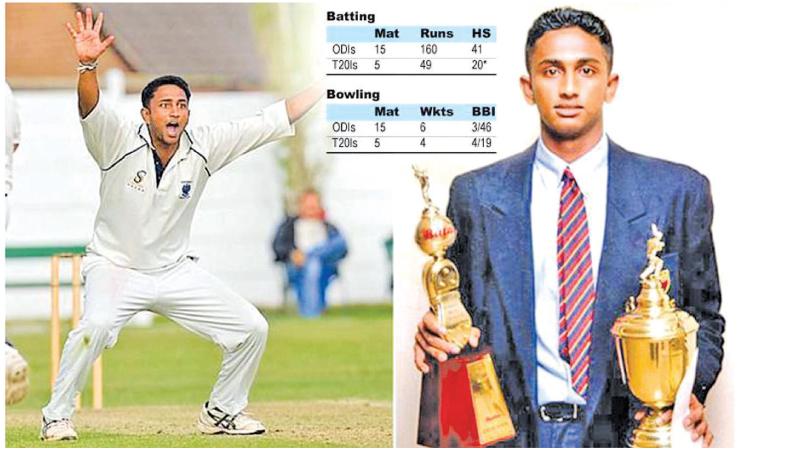 Mixed bag in big games and a forgotten legend

The main games of the 2021-22 Under-19 inter-school season will conclude with the conclusion of the 143rd battle of the blues between Royal and S. Thomas at the SSC ground, Colombo.

After Nalanda’s memorable victory over Ananda in the big game of Battle of the Maroons after nearly seven decades, the Battle of the Saints between St. Joseph’s and St. Peter’s ended in a draw this week.

St. Peter’s struck well in both innings with 251 for 7 wickets and 232 for 7 wickets declared while the all-rounder Abilash Wellalage netted a fine 61 in St. Peter’s second innings well supported by Lahiru Dewatage who scored 53.

St. Joseph’s was knocked out for 163 and had a target of 320 runs and was 163 for five wickets at the close. Wicketkeeper batsman Adeesh Jayawardena was the hero of the day as he completed a superb unbeaten 103 for 183 balls hitting 11 fours.

With all major matches concluded, the curtain will come down on the 2021-22 inter-school cricket season.

Chandimal, who enjoyed the brightest moment of his Test career last week with a searing double century against Australia last week, completed his twin 50s in the first Test against Pakistan earlier this week. He followed his best score of 76 in the first innings with an undefeated 94 when he ran out of partners on second down.

Earlier last week he produced a magnificent unbeaten double century, the first of a Sri Lanka against Australia, to steer the home side to a convincing innings victory with more than a day to spare. A superb knock of 206 not knocked out by Chandimal and a dream first sack of 12 wickets for 177 by Prabath Jayasuriya guided Sri Lanka to an innings victory. It was Sri Lanka’s first-ever innings victory over Australia in Test cricket.

Chandimal became the first Sri Lankan batsman to score a double century against Australia, surpassing the previous best of 192 by Kumar Sangakkara at Hobart 2007.

It was also the first time Australia had lost a Test by one set, having been crushed by South Africa in November 2016 in Hobart, Tasmania.

Australia’s previous set defeats after beating for the first time in Asia were both at the hands of India – by one set and 219 runs at Kolkata in 1998 and one set and 135 runs at Hyderabad in 2013.

Jayasuriya’s magic match analysis is the best for Sri Lanka on their Test debut and fourth best overall. The best precedent of a Sri Lankan on his debut was that of Praveen Jayawickrama, 11 out of 178 against Bangladesh. Also in the second Test, Jayawickrama had a nine wicket match sack. If he had taken just one wicket, he would have become the top rookie in his first two Tests.

The Observer-Mobitel Schoolboy Cricketer of the Year, which will take place this time for the 44th year, hit the new millennium when Kaushalya Weeraratne emerged the star at the Mega Show.

Weeraratne from Trinity College Kandy became the Observer Cricketer of the Year 2000 with a stunning record in the 1999-2000 inter-school cricket season. 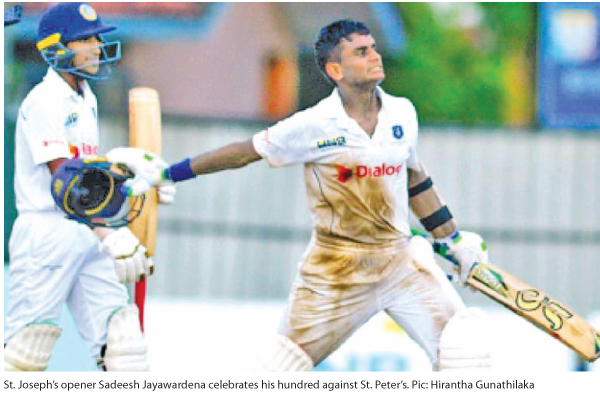 The Observer-Mobitel Schoolboy Cricketer of the Year is sponsored by Sri Lanka’s leading mobile service provider, SLT Mobitel, for the 15th consecutive year.

Former Sri Lankan cricketer Weeraratne was best known as an average right-arm pacemaker whose stock delivery was the swinger.

He was designated as an all-rounder for the future early on after his successful school career. His vicious bowling was stronger than his stick early in his Trinity career.

But as a batsman, he was lucky to hit the ball cleanly. Weeraratne, who was still a schoolboy cricketer for the hill capital school, was an integral part of Sri Lanka’s Under-19 World Cup squad in 2000. He captured 12 wickets at an average of 13 each, which accelerated his promotion to the national team.

A few months after being the Schoolboy Cricket Observer of the Year 2000, Weeraratne made his ODI debut in the Asian Cup also in the same year. Unfortunately, his poor form and injury prevented Weeraratne from cementing his place in the national team.

He spent almost five years on the sidelines after his 11th ODI in 2003 before challenging himself after successfully reshaping his action and scored a blistering half-century on 12 balls which was the fastest fifty in cricket day, during a national match in 2005. Weeraratne pushed national selectors to be included in the national team for the West Indies tour and the Asian Cup in 2008.

Born on January 29, 1981 in Gampola, Weeraratne was a left-handed batsman and right-arm fast medium bowler. He represented Sri Lanka in 15 One Day Internationals and five T20 matches. Weeraratne made a superb T20 debut for Sri Lanka capturing 4 for 19 in four overs and scoring 20 on 13 balls against Pakistan in King City, Canada in October 2008.

On November 1, 2005, Weeraratne accounted for what was then the fastest fiftieth in limited overs history, taking just 12 balls to reach the cap, three balls shy of the previous record held by Adam Hollioake.

Weeraratne, who finished with 66 of 18 balls, hit seven sixes and two fours on his way to fifty.

This included five straight sixes against 40-year-old slow left arm Ajith Ekanayake in one more that went for 34. He was playing for Ragama against Kurunegala Youth at Thurstan College ground in Colombo.

The former Observer Schoolboy cricketer, apart from playing for Sri Lanka in the ODIs and T20s, also had the chance to represent Sri Lanka ‘A’, led by Russel Arnold on the South Africa tour in September-October 2003.

Weeraratne was the first Trinity “Lion” to win Observer Schoolboy Cricketer of the Year. Besides him, two others from Trinity College have won the main title – Niroshan Dickwella in 2012 who went on to play for Sri Lanka and continues to do so and Hasitha Boyagoda in 2018.

When talking about the success of the Observer-Mobitel Schoolboy Cricketer of the Year, one cannot forget the lavish contribution made by SLT Mobitel over the past 15 years. Since Mobitel partnered with Sri Lanka’s leading English newspaper, the Sunday Observer, the Mega Show has gone from strength to strength in all its aspects.

The Observer-Mobitel Schoolboy Cricketer of the Year show has come a long way since its humble beginnings in 1978-79.

Therefore, there is huge value in winning that scintillating trophy that would almost secure a place in the national team after leaving school.

That is why winning the Observer-Mobitel School Cricketer of the Year award has remained the ultimate dream of all schoolboy and schoolgirl cricketers.