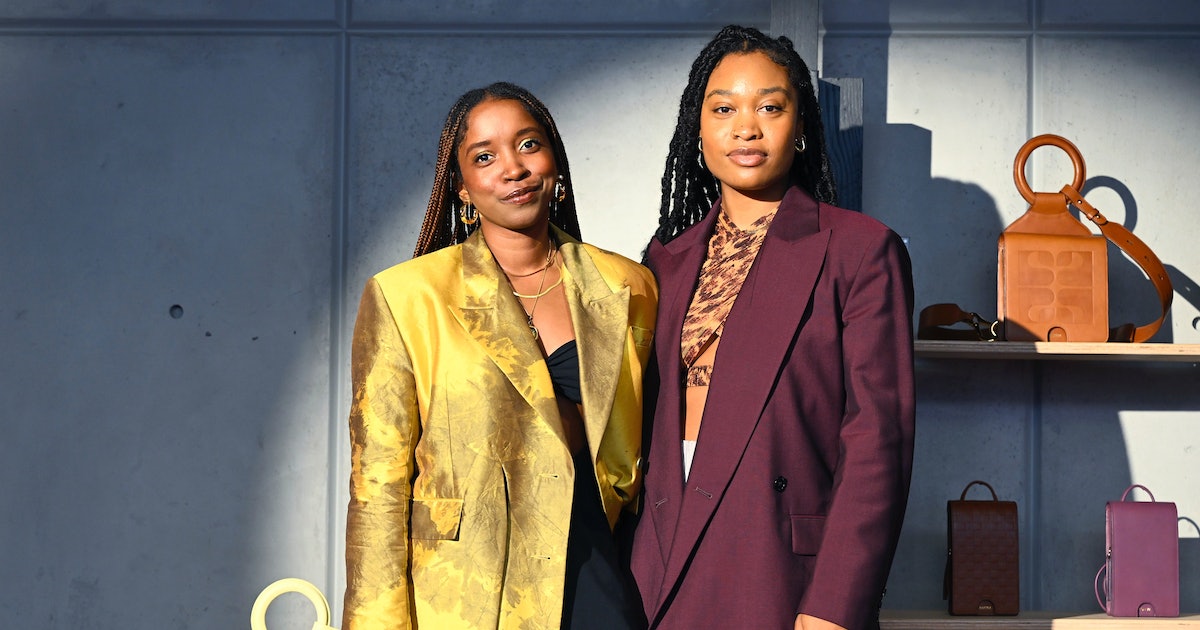 Meet ASHYA, the “It” accessories brand to know now

The magic behind New York-based accessories brand ASHYA must be attributed to the two powerful women at the helm. American and Jamaican natives Ashley Cimone and Moya Annece established the brand in 2017, when they envisioned a high-end travel lifestyle company focused on producing high-quality luxury products that combine fashion, design and efficient use of suitcase space. Their clear vision and unwavering, relentless determination finally paid off, not just in their impressive products, but with their first-ever showing at New York Fashion Week, which took place on Sunday, September 11.

For their first show, titled Origins, the two creators presented a performance led by artist Nana Yaa Asare Boadu and featuring Moses Sumney and Naima Ramos-Chapman that introduced – and for some guests, reintroduced – aspects of African and Caribbean culture that are the essential pillars of their brand philosophy. Audience members were enchanted by the inspiring interpretive dance and crowd engagement that followed. Viewers could additionally shop the products in real time via Instagram from the Drop III version of the Heritage collection. It was also an opportunity for Cimone and Annece to unveil their new emblem: four interlocking A’s facing inwards, which represent communication, community, cultural preservation and storytelling.

“We wanted people to experience ASHYA in a story-enriched way,” says Annece. O days after the show via Zoom from their Brooklyn office. The experimental performance, they explain, was a take on the story of Ananse, a traditional West African folklore centered on a wise and mischievous spider who overcomes his greatest foes with cunning and ingenuity.

“The storytelling adds color to why our emblem looks like this and what the emblem means,” Ashley adds. “Storytelling has really been the root of what has driven us lately.”

Annece, who first moved to the United States from Jamaica in 2001, recalled her introduction to fashion being her first time visiting New York. “Visually, I felt so inspired and intrigued,” she says. “I grew up in uniforms and I loved them. When I came to America I was like, ‘I’m free, I can express myself.’ I went to school in Brooklyn with mostly Caribbean and African kids, and I have to say my point of contact is definitely “urban,” and I’ll put it in quotes: The Baby Phat, the Phat Farm.

Cimone says her love for fashion and the catalyst for her desire to be part of the industry started with magazines. “I grew up in Wisconsin and we used to go to a Barnes & Noble in the mall,” she recalled. “They had a very large and well-organized magazine section. As a kid, I loved fiction, but once I discovered fashion magazines, that’s what really started to pique my interest in being a designer or working in the fashion industry.

In conversation, the bond between Cimone and Annece is incredibly apparent, from the way they complement each other’s thoughts to the respect they share for each other’s cultures. At one point, the two ladies share a memory of their days at FIT. While working on a school project, they shared goals they hoped to accomplish in the fashion industry, dreams that have now come true.

Meet 5 Canadian women who sew their own clothes