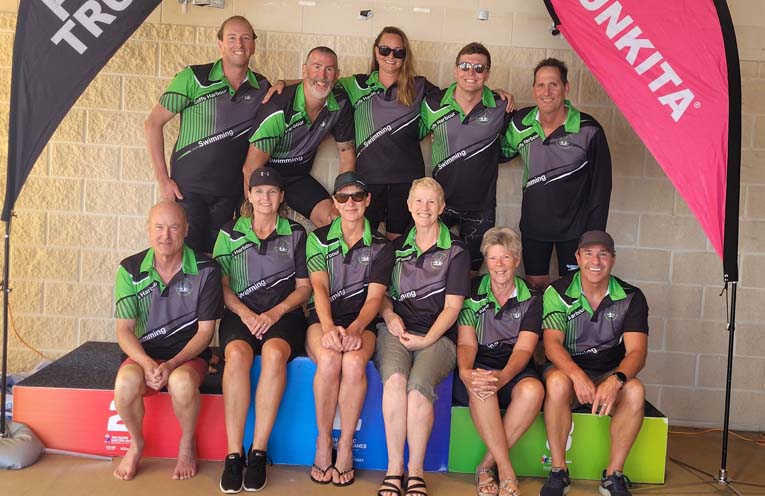 The Pan Pacific Masters Games is an international event on the Gold Coast held every two years with 42 sports and 13,000 competitors.

“They are the best performing team to represent Coffs in these games, with a few Coffs members having three to four games under their belt so far,” squad member Jamie Marschke told News Of The Area.

Held at the Southport International Pool, the events took place over four days and lasted all day with the open water event being held on the fifth and final day of the games.

Every member walked away with a medal and most set new club records in the pool.

The final tally was sixteen gold, nine silver and ten bronze over the five days of competition.

Leanne Da Costa set an NSW State record in the grueling 800m butterfly which she had been training for in particular at those championships.

“Both men and women won gold in their respective relays, with the women winning theirs in the final event in a hard-fought finish,” Jamie said.

All the swimmers left satisfied with their performance and eager to participate in the next matches.

Four members of Coffs then competed in the games’ Open Water event.

This took place at the Miami surf club and the conditions were not very good on the day of the event.

Michael and Richard won gold while Jamie and Louise won silver medals in their age groups.

“The games organizers are looking to test this as an annual event, so our club is looking to recruit new and returning swimmers to fire our biggest squad yet.”

For more information you can find Coffs Harbor Master Swimmers on Facebook or phone Jamie on 0438 526 897.