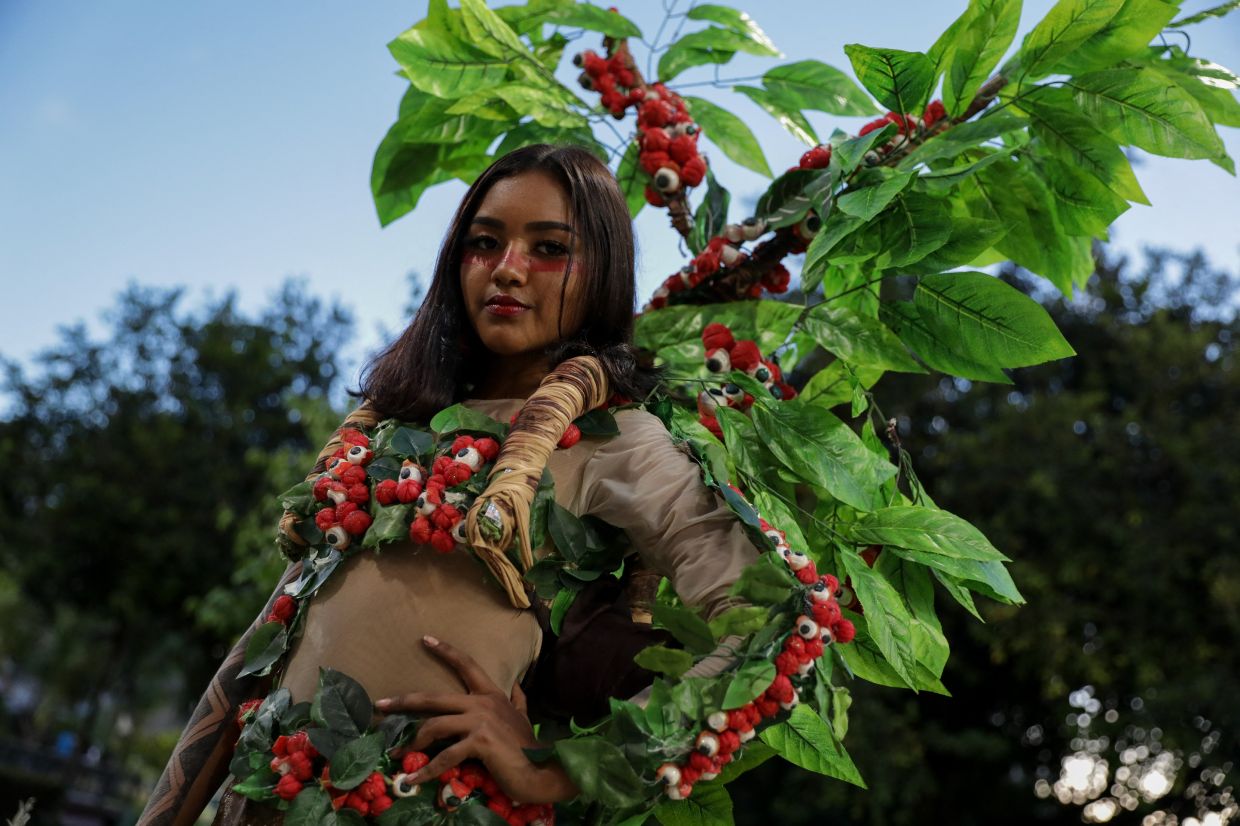 How a parade in Brazil used clothing to showcase indigenous culture

Proudly sporting majestic feathered headdresses, the models sing an ode to the rain as a makeup artist draws geometric patterns on their faces, arms and thighs in preparation for Brazil’s first-ever indigenous fashion show.

“It’s a feeling of happiness and pride,” said 19-year-old model Moan Munduruku, before her lap on the Manaus track in the Brazilian Amazon.

“We are very excited to show off our talent, in sewing, in craftsmanship. To show the world that indigenous people can be successful (in fashion) too,” he added.

Moan is one of 37 models – women and men – representing 15 indigenous groups in Brazil to participate in the month-long intercultural exhibition of indigenous fashion in the largest city in the Brazilian Amazon.

Throughout the month of April, the catwalk will host the creations of 29 indigenous designers.

“It’s a form of resistance, a way to overcome stereotypes,” commented Reby Ferreira, 27, organizer of the event.

“Here in Manaus, unfortunately, a lot of people are ashamed or even scared to admit they have indigenous blood. Our goal is for everyone to feel included and show everyone our culture through these clothes.”

The designers use natural elements in their creations, including the spear-shaped teeth of the peccary – an Amazonian wild boar – the red fruit of guarana, acai seeds and coconut shells.

The same geometric patterns sported by the models are repeated in the fabrics that envelop them.

“My outfit evokes the (coming of age) ritual of the Ticuna girl,” said Kimpuramana, a 17-year-old model sporting a white dress with black diagonal stripes.

On the catwalk, a presenter announces the ethnicity of each model and explains the symbolism behind the clothes and accessories they wear.

Read more: As women become more empowered, the fashion world evolves with them

The show was performed at the Rio Negro Palace, an early 20th-century building that now serves as a cultural center.

“I feel privileged to have been able to attend such an event in this place. We are usually excluded from such sites. Today I can see my people tell their story through fashion,” said participant Bianca Mura , 24 years.

As the models walked down the runway to appreciative applause, thousands of indigenous Brazilians gathered in the capital Brasilia, some 3,500 kilometers away, for an annual mass camping event called Terra Livre (Free Land).

The rally is both a rally for indigenous rights and a protest against the government of far-right President Jair Bolsonaro, which favors opening up indigenous reserves – already hard hit by deforestation – to mining and agricultural companies. -AFP

Y2K fashion accessories that are still essential in 2022