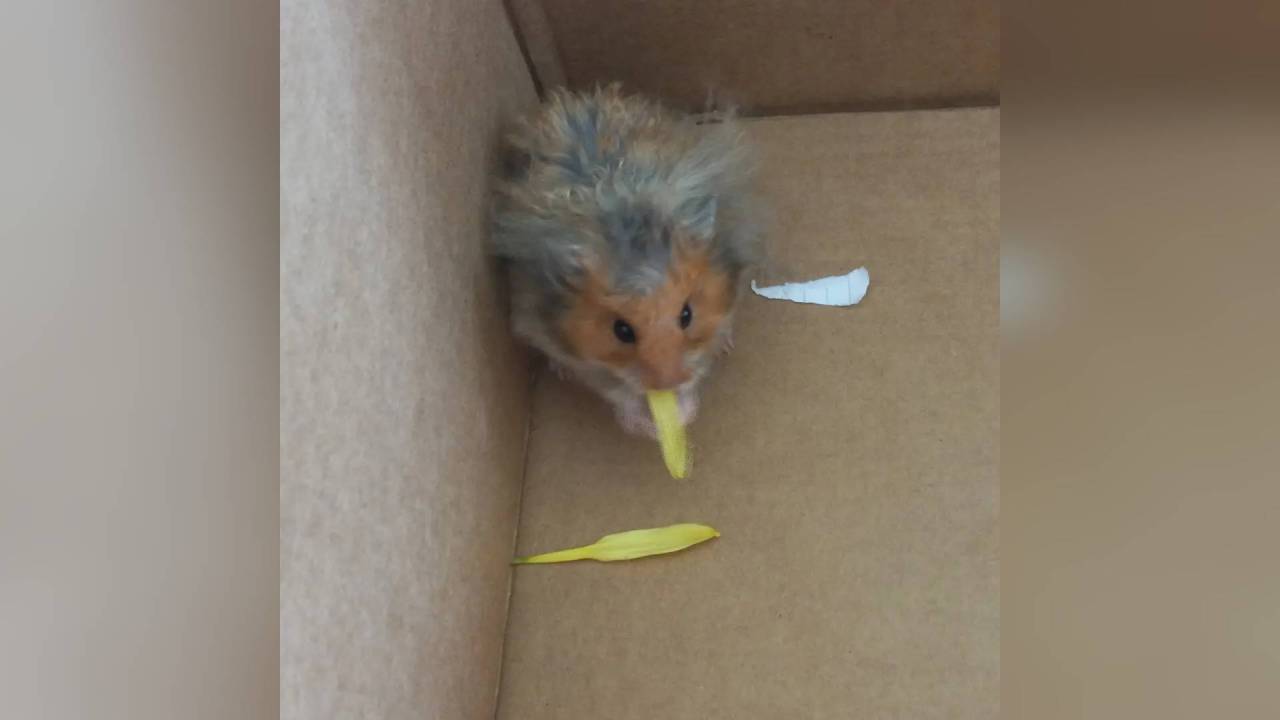 NEW ORLEANS, La. (BRPROUD) — Imagine hanging around campus and seeing a hamster sticking its head out of a bag of microwaveable popcorn.

The hamster was seen last week by two Loyola University students while sitting on a bench.

The discarded bag was on top of a trash can.

The students took care of this hamster before handing it over to a friend.

That’s when the Humane Society of Louisiana got involved in this rodent relocation case.

The hamster was named Gabo and he “went up to be adopted by Ashley Goings and her family which includes three children who have cared for hamsters in the past,” according to the Humane Society of Louisiana.

HSLA said many people wanted to adopt Gabo as the story grew on social media.

In the end, a place of meeting tool on the Loyola campus.

This meeting involved Ashley Goings, her family and the hamster.

HSLA was able to attend that meeting and present “Gabo’s rescuers, Evs Alexander and Austin Hebert, with bouquets of flowers and two $50 gift cards to Breads on Oak,” according to the Humane Society of Louisiana.

“We loved seeing the kids interact with Gabo and were proud of these two students for doing the right thing in possibly saving Gabo’s life,” said HSLA Director Jeff Dorson.

The best accessories to give to your outfits