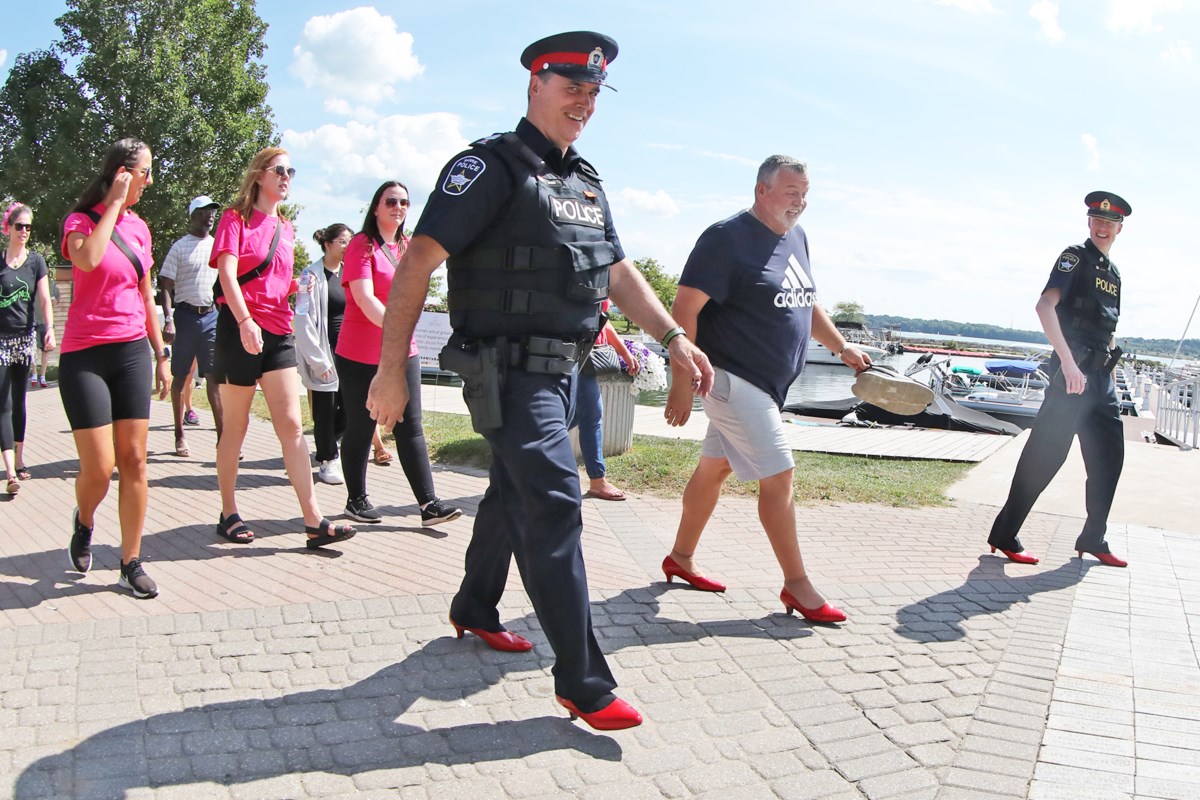 “Difficult journey”: walking a kilometer in his shoes attracts a large crowd

Sunny skies greeted attendees at the 13th annual fundraiser for the Women and Children’s Shelter of Barrie held at Heritage Park on Saturday.

Past years have seen up to 70 people take part in the event, which aims to eliminate domestic violence, but this year organizers said more than 100 people took part in the march along the shores of Lake La town.

The fundraising goal was $50,000. Previous efforts were not able to achieve this milestone, but as the event began, organizers said they believe they have achieved this goal for the first time.

“We want men to use their voice to say that they don’t tolerate any form of violence, that they will try to use their voice to end violence against women,” she said. “It’s the importance of putting on shoes and walking a mile, because no one knows what it’s like to be an abusive woman and the difficult journey to leave this abusive relationship.”

Money from the walk goes directly to support and services for women and children at the local shelter.

“The women who come to our door have nothing. They may or may not come with a trash bag. We have to provide them with everything. We give them gift cards to buy clothes. We then give each meal. Every school snack,” MacLennan said. “All their school backpack needs. Transportation to appointments and court appointments. We provide them with all of this.

“Our building is very big and it is very expensive to maintain our building and keep the lights on. It is always full. It is difficult for us to meet the needs financially, but we will always try to create a family atmosphere for our families. , and we will help them get back on their feet and we will accompany them on this journey of healing,” she added.

“When men, women and children go out and put on high heels and walk a mile in her shoes, they are walking with and for survivors of domestic violence.”

It was a cross section of society that took part in Saturday’s march, with Barrie Colts hockey players alongside firefighters and police, politicians, young children and families with their dogs.

Maria and her two children, Alex and Grace, who attended the event, had a personal connection to the event.

“We were at the shelter,” she said. “I’m doing this for my kids and I just wanted to give back to the shelter and I wanted to do something fun and memorable.”

Barrie Fire Captain Paul Cox, a Barrie firefighter from Station 5, participated in the walk for the first time and felt it was an important thing to do.

“It’s a realization. We take that for granted and are pretty comfortable in our little bubbles and not looking beyond that and into areas that we could as a community, so I think this is an opportunity to do that” , did he declare.