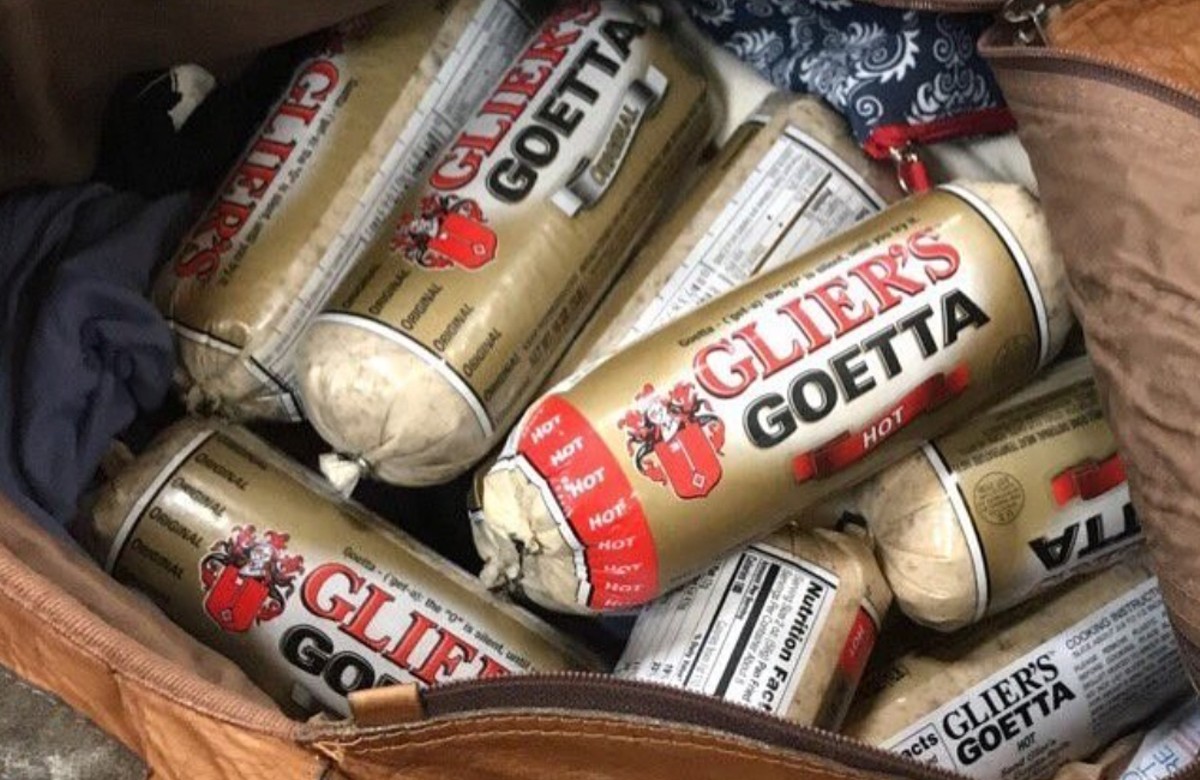 A woman traveling through Cincinnati/Northern Kentucky International Airport (CVG) has been arrested by the TSA for suspicious items in her carry-on.

Turns out the items in her bag were more delicious than suspicious.

When Chelsea Cawood Trinidad was driving home to Tulsa from Cincinnati, she stuffed eight packets of Glier’s Goetta into her luggage to take to friends and family.

“I’ve lived in Tulsa all my life, but my dad moved from Cincinnati, so I was there visiting cousins. Whenever someone visits, we always bring goetta back for Tulsans,” she said. CityBeat by direct message on Instagram. “We’ve tried making it ourselves here, but it’s nowhere near as tasty. My friends here who have tried it all loved it.”

The TSA stopped her to check her carry-on, then let her through with her meaty goodness bounty.

“They didn’t tell me why they reported it, but I imagine it had to do with the eight very dense torpedo-shaped objects in my carry-on LOL,” she says.

The TSA’s nationwide Instagram account – dedicated to “Travel Tips and Dad Joke Hits”
— was so amused by the event that he posted about it, sharing Cawood Trinidad’s post: “Yes, that’s 8 goetta sausage rolls. Yes, I’ve been arrested by the TSA. Yes, they all laughed when they opened my bag.”

The TSA then added their own pun-filled caption saying the bag is not the “wurst” they’ve ever seen, and that travelers are absolutely allowed to pack solid food in their luggage.

“We’re not feeding you bologna here when we say solid foods are good to pack in your carry-on or checked baggage. It doesn’t matter how you put it either,” they wrote.

Send CityBeat a news or story tip or submit a calendar event.