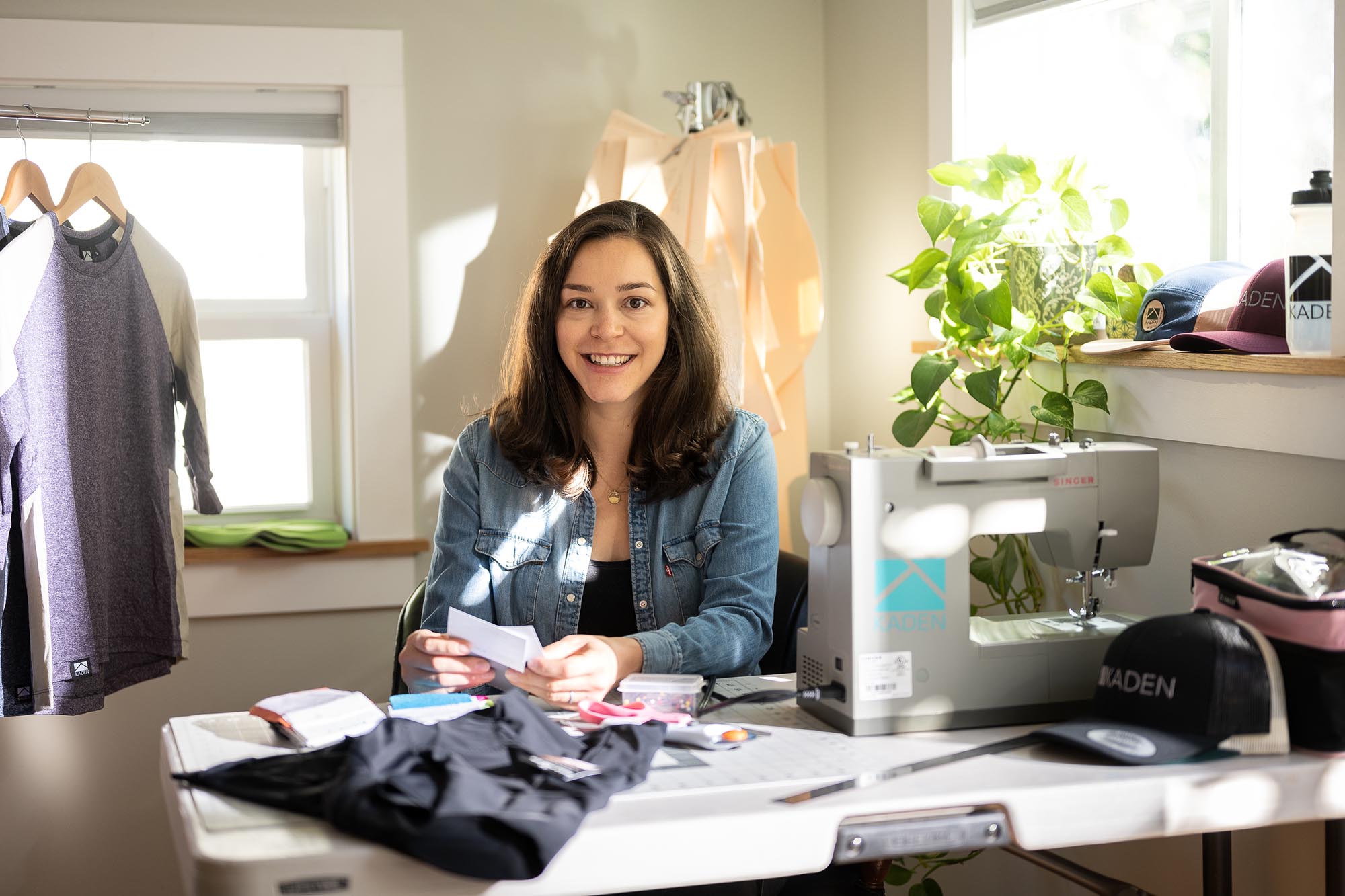 Chelsea Camarata didn’t like the women’s mountain bike clothing she saw. So she started her own business.

Chelsea Camarata loved mountain biking, but there was a problem.

“I couldn’t find anything I wanted to wear,” Camarata said of the mountain bike clothing she saw for sale. “It was shrunken, pink versions of menswear with terrible cuts, terrible fabrics.”

At that time, Terry Precision Bicycles for Women was already making women’s cycling clothing. The company, founded by Georgena Terry in Rochester, New York in 1985, introduced women’s cycling clothing in 1991. In 2009, Elisabeth Robert, founder of Vermont Teddy Bear, acquired a majority stake. The following year, the business moved to Burlington.

Camarata said he was asked a lot of questions about Terry. But Terry specialized in road bikes.

Mountain bike clothing is different from road bike clothing, Camarata said. It is looser and less padded, she wrote in her Blog. Mountain bikers usually wear looser shorts over the padded chamois shorts.

“It would be like doing yoga while wearing jeans; you’re just going to have a bad experience,” Camarata wrote in his blog.

When she set out to make her own mountain bike clothes in 2013, Camarata didn’t have a lot of sewing skills, but she remembered some things from home economics class in high school.

With the help of friends with a fashion background, she learned to create patterns and prototypes and find fabrics.

She started by wearing the clothes she made on the trail.

She worked on the patterns for four years, then in 2017 she raised $5,114 in a Kickstarter campaign to fund the production of two styles of jerseys for his fledgling company, Kaden Clothing.

For the past two years, she has worked with a women-owned factory in Minnesota. It extended to shorts, three-quarter sleeve jerseys and some accessories.

It’s still a nice little company. She is the only employee designing and making patterns and prototypes in her home in Burlington’s Old North End. Kaden Clothing is listing by the Vermont Women’s Fund as a woman-owned business. Camarata said the business generates less than $50,000 a year, so she hasn’t quit her day job – marketing for a software company.

But she exports to Canada, and she started producing maternity chamois shorts.

“It’s been really, really popular,” Camarata said. “Pregnant women who want to continue cycling, there really isn’t much for them.”

She received orders for the chamois maternity shorts from as far away as Switzerland and Ireland.

To help her export, she applied to the Vermont Agency for Commerce and Community Development for several federal STEP grants. She used the money to attend the Outdoor Retailer Show in Denver in 2019 and to make her website more export-friendly by allowing her to print customs documents when fulfilling orders. She also used the grants for photo and video shoots and social media advertising.

She doesn’t have her own store, but said she has been selling through a few bike shops so far, including Hitchhiker bike shop in Stowe.

“I really love that it’s a local, women-owned Vermont business and I think there are a lot of people now looking for that,” said George Merrill, the shop’s owner. “I’m pretty good here.”

Merrill said women are often overlooked in bike shops. He tries to compensate for this by offering equal amounts of clothing for men and women.

“A lot of women’s clothing is also pink or floral or, for lack of a better word, feminine patterns,” Merrill said. “Kaden does a good job with more neutral colors and stuff that I think a lot of mountain bikers tend to like.”

He cited the fabric, which he said had “a nice, soft feel, not that rough, knit jersey material we’re all used to.”

Camarata said she uses high-quality polyester and spandex blends. She imported chamois pads, pads for shorts, from Italy, and that came with challenges.

“The shipping costs are just outrageous,” she said.

She mostly sells online, although she said some people pick up the clothes from her.

“It’s really hard to get bike shops to come up with a new brand,” Camarata said.

She recently took time off from mountain biking to have a baby, but said she would get back to it “as soon as possible”.

Want to stay up to date with the latest business news? Sign up here to receive a weekly email on all of VTDigger’s reports on local businesses and economic trends. And check out our new Businesses section here.

Did you know that VTDigger is a non-profit organization?

Our journalism is made possible by donations from our members. If you appreciate what we do, please contribute and help keep this vital resource accessible to everyone.

Never lose your luggage again with these AirTag accessories