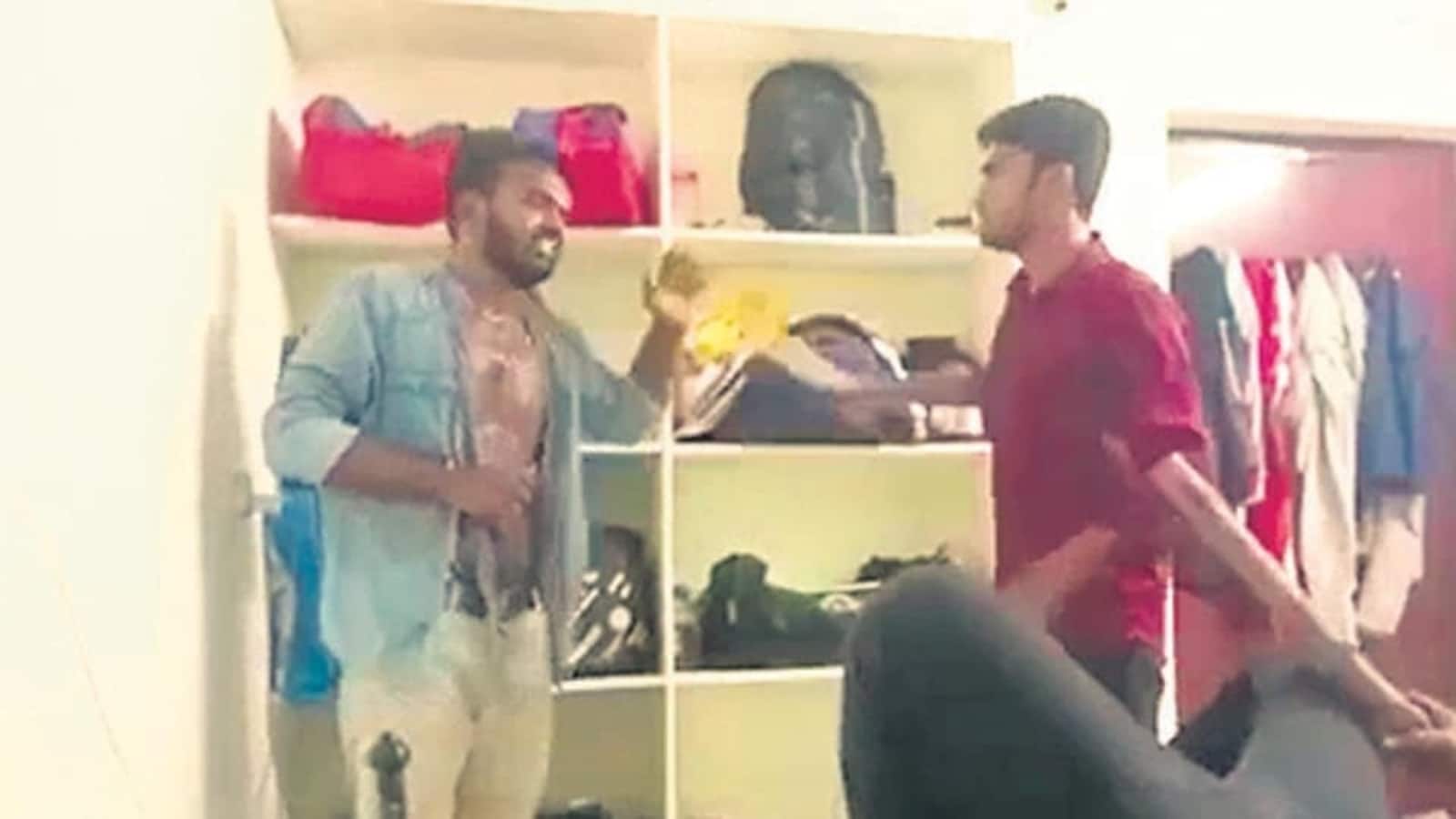 Four students from a private engineering college in Andhra Pradesh’s West Godavari district were arrested on Saturday for assaulting their classmate and branding him with a hot iron, a senior police officer said .

The defendants have been identified as Praveen, Prem, Neeraj and Swaroop.

According to the inspector, Ankit was assaulted by the defendant with PVC pipes and then branded with a hot iron in a private hotel room on Wednesday. “He was admitted to the local government hospital for treatment. His condition is fine now,” Kumar told HT.

The inspector said the attack was linked to Ankit’s relationship with a woman, but he declined to give further details. “Details are being worked out,” he said.

The incident came to light on Friday after a video clip of the assault surfaced on social media. In the clip, Ankit is seen pleading and crying as the four assault him with PVC pipes and then brand him with a hot iron.

The four defendants had been on the run since Friday, Kumar said, adding that they were arrested on Saturday morning. “Based on the complaint filed by Ankit, we have initiated a Section 307 (attempted murder) case against the defendant. We will produce them in court after due process,” he said. declared.

The college principal, Mr Jagapathi Raju, could not be reached for comment.

A college staff member said on condition of anonymity that management had suspended the four defendants and that they had been asked to appear before the disciplinary committee on November 8.

Successfully subscribed to the newsletter

Thank you for subscribing to our Daily news capsule newsletter.