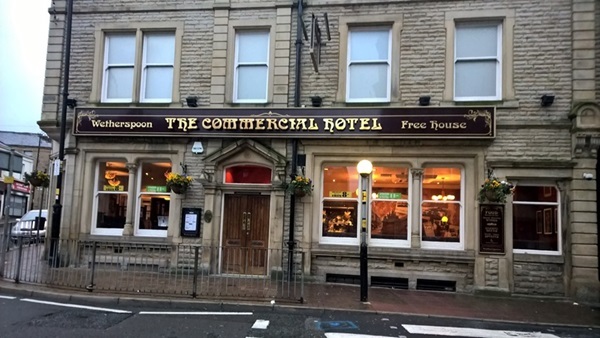 A WOMAN came home after drinking with a friend and found she had forgotten her purse, containing cash and jewellery.

Blackburn magistrates heard the woman retrace her steps and, with the help of CCTV, were able to identify the thief.

Christopher David Rowley, 44, of Hambledon Hill Park, Accrington, has pleaded guilty to stealing a handbag and its contents worth a total of £1,176 belonging to Gillian Percy. He was ordered to pay the full amount of compensation.

Briony Cook, prosecuting, said Ms Percy went to the commercial pub’s beer garden with a friend and her grandson.

They had another drink on the Broadway before Mrs. Percy went home.

As soon as she realized she had misplaced her bag, she returned to Broadway where CCTV showed her entering the pub without her bag.

“She then returned to the Commercial where the camera had captured the accused leaving the pub with her bag,” Miss Cook said.

Gareth Price, defending, said Rowley learned via Facebook that the police were looking for him and immediately contacted them.

He said there was nothing dishonest in his client’s file.

“It seems to have been an impulsive decision after the owner left the bag behind,” Mr Price said.

He confirmed that neither the bag nor any of its contents had been found.

Tired of fashion overconsumption? A clothes swap could be the answer

SEE! Big Zulu buys a pair of Spitz shoes for a young fan