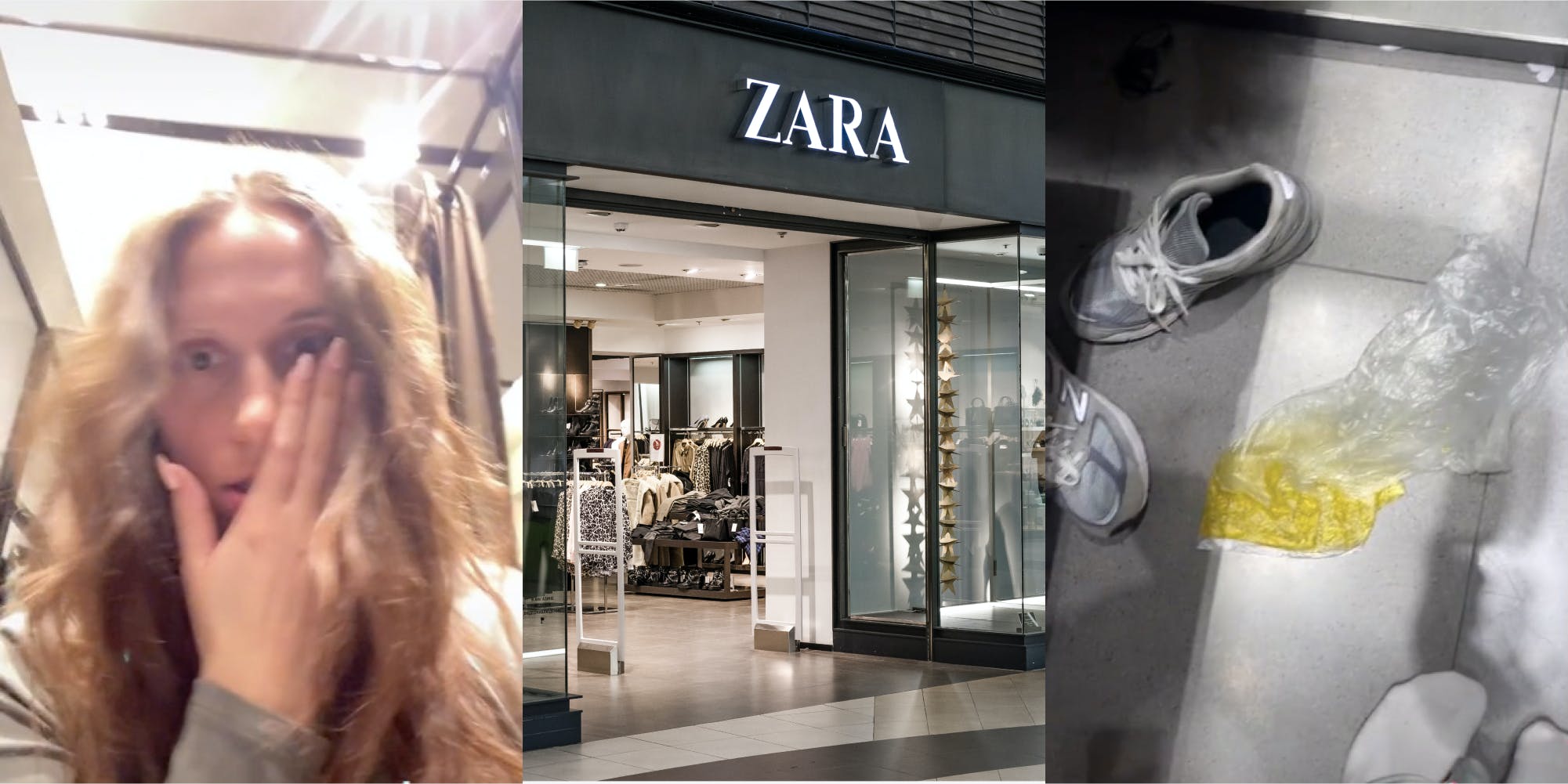 A woman has gone viral on TikTok after claiming someone slipped a pee bag into her dressing room at Zara.

She then flips the camera to show a bag of what looks like urine, claiming it “smells like piss”. Then the camera pans to Giordano talking to one of the workers as she tells him she “don’t know what it is” and it “went under her door”. The video ends with one of the workers removing the bag of urine.

Giordano expressed his disbelief in the caption, writing, “I can’t believe this just happened to me.”

The video racked up more than 488,000 views on Monday, and many claiming to be Zara employees said it was nothing new or surprising.

“I used to work at Zara and honestly, people peeing in fitting rooms probably happen in every retail store,” one user said.

“I once worked at Zara and someone literally shit in the locker room,” wrote a second.

“I work there and it’s not the weirdest thing to happen,” said a third.

“I was at Zara trying on clothes and this older lady just opened the curtain to look inside my room and left. She did it twice,” one said.

“People don’t know how to behave in zara, every time I go there are clothes thrown everywhere. I feel so bad for the workers,” said a second.

“I swear every time I’m in a Zara dressing room five people put their hands in it or try to open it,” said a third.

Other former retail workers shared their horror stories of what they encountered in the workplace.

“Yeah I worked at Adidas and instead of being in a bag it was all over the padded floor,” one person shared.

“I worked in retail when I was a teenager and someone pooped on the floor and I had to clean it up and I’ll never forget that day,” a second commented.

“When I was working at Gstar on the 5th, someone took the greenest dump I’ve ever seen in the fitting room,” said a third.

“When I worked in a retail store, people would leave used tampons in the fitting room on the floor. That’s beyond me,” a fourth noted.

The Daily Dot reached out to Giordano for an email comment and a TikTok and Zara comment via press email.

We crawl the web so you don’t have to.

Sign up for the Daily Dot newsletter to get the best and worst of the internet delivered to your inbox every day.

Melody Heald is a cultural writer. Her work can be found in Glitter Magazine, BUST Magazine, and more.