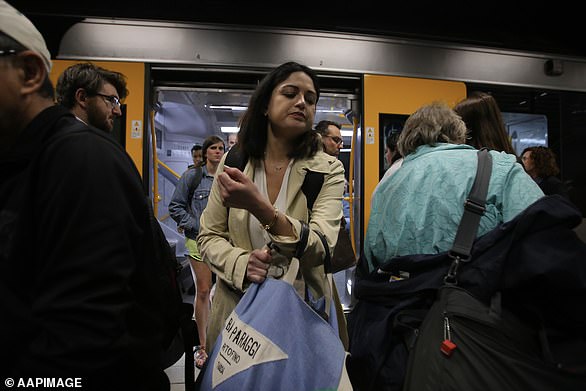 Sydney commuters have revealed the most annoying habits of fellow passengers on public transport – with one claiming to have seen someone cut their nails halfway through.

With millions of Sydneysiders using public transport every day, one weary resident wondered where the ‘etiquette’ had gone for those using trains and buses.

Dozens more chimed in revealing their biggest complaints from passengers, including those who listen to music aloud, litter left behind and those who simply refuse to give way to commuters leaving the car .

Commuters in Sydney have revealed the most annoying habits of fellow public transport passengers, such as people who don’t let others get off the train before getting on (photo of commuters in Sydney)

“As with EVERY JOURNEY, there is always someone standing outside the door and walking straight into the train the moment the door opens.”

“And don’t get me started with people walking on the right but expecting you to get out of their way, standing on the right side of the escalator, but then annoying you when asked to move so people can pass you.”

The post immediately sparked a huge debate over what was considered appropriate behavior on public transport.

“What I hate the most is the rubbish, people can’t take it with them when they get off, or the dirty seats because idiots put muddy boots on the seat,” said another.

“Followed by people on YouTube with volume or long phone calls so everyone can hear for an hour.”

“I saw someone deliberately leaving their empty drink can on a seat. As he stood up, another man said to him, ”You left your rubbish behind mate,” another added. 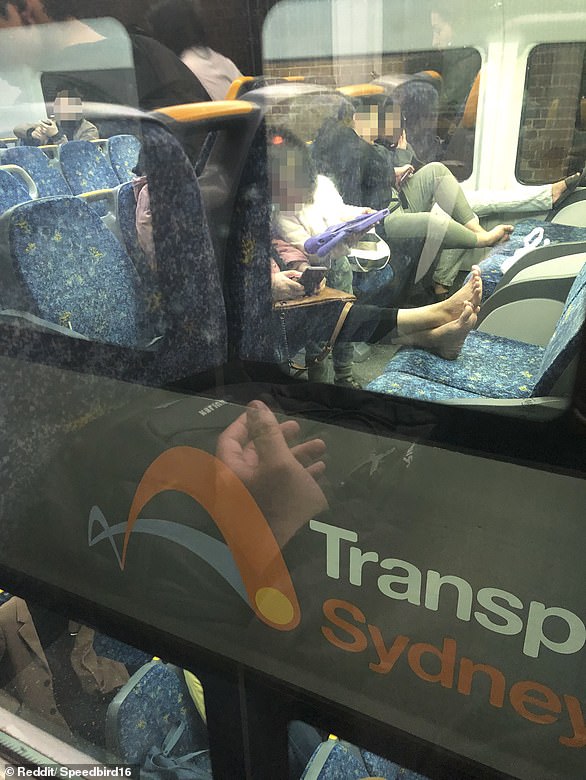 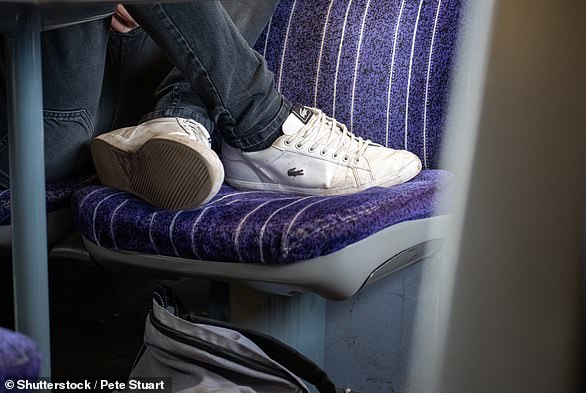 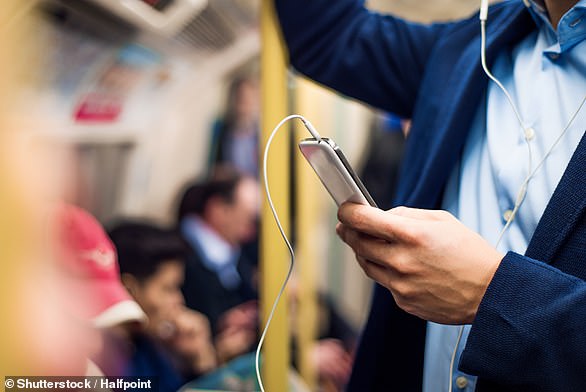 Others criticized those who listened to music or videos without headphones

Others said a general lack of hygiene was enough to make them consider walking.

“Don’t forget those people on trains who like to eat and chew REALLY hard. I ended up buying headphones because I couldn’t stand the sound,” one said.

‘Have you ever been in a car where someone started cutting their fingernails?’

“The people I can’t stand are those who listen to music or watch a video without headphones in a train car. Definitely not an isolated incident either, it happens all the time,’ another weighed.

Many pointed to the “lack of etiquette” as people only now adjusting to returning to work and frequent use of public transport after the Covid shutdowns.

Commuters who set foot in train seats face a fine of up to $1,100, according to Transport NSW.

Those who use offensive language or act inappropriately can face a fine of up to $1,100.

Likewise, blocking doors or interfering with equipment could result in a maximum penalty of $5,500.

Watch videos with headphones in

The Best Apparel and Accessories for a Pickleball Vacation